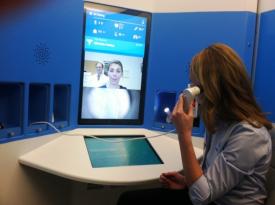 University Hospitals is one of three health systems in Cleveland working with telemedicine company HealthSpot to expand the system’s reach and give patients better, cheaper access to medical care after hours.

Or at least that’s the hope. UH just opened a telemedicine kiosk at the Friendly Inn Settlement House, a social services provider in a high-poverty neighborhood on the east side of Cleveland. For the next three months, the health system will be collecting data to determine how the kiosk affects the cost of care and the volume of patients in the hospital’s Emergency Department.

Funded by part of a $12.7 million CMS Healthcare Innovation Award focused on expanding access to and coordination of care for children, the station (for now) is free for kids between the ages of three and 18 (accompanied by a parent). Instead of heading to already overcrowded emergency departments to have minor ailments like rashes and sore throats treated after hours and on weekends, they can receive prescriptions and medical advice from a remotely stationed UH doctor via the HealthSpot station.

The self-enclosed station is manned by an attendant, usually a medical assistant or paramedic, who helps out during the visit and cleans the station between patients. Inside, it’s equipped with a high-definition videoconferencing system and interactive digital medical devices including a scale, a blood pressure cuff, a thermometer, an otoscope, a stethoscope and a pulse oximeter.

A physician is stationed at a computer with a web cam, using the HealthSpot portal to consult with the patient and capture images and readings from the devices. In the current phase of the rollout, all of the images captured and data collected during a HealthSpot visit are stored independent of a patient’s electronic medical record. But Dr. Andrew Hertz, medical director for UH’s pediatric ACO, said the goal is to eventually feed that data into the EMR system.

One of the other big challenges surrounding telemedicine projects now is reimbursement. In Ohio, Medicare and Medicaid don’t reimburse for telehealth, and

coverage by private insurers is hit or miss (but usually a miss). Hertz said that demonstrating reduced costs of care and ED volumes with the kiosk would be a step in the right direction.

University Hospitals is running a direct mail and billboard marketing campaign with the hope of drawing patients to the kiosk.

HealthSpot is just one of the many companies trying to push telemedicine mainstream, including American Well, USMDDirect and GlobalMed. The Dublin, Ohio-based company works with several high-profile partners including Sprint and3M to provide its services. It operates 11 kiosks in Ohio, including one for Cuyahoga County employees through a partnership with MetroHealth. 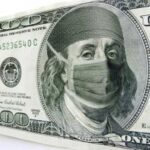 The Unintended Consequences to States, Carriers and Consumers of the “Delay Option”
Next Article