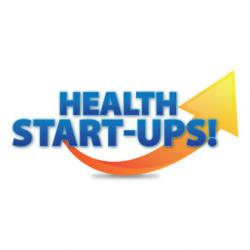 (Editor’s Note: This exclusive post was written for Health Start-Ups! by one of HealthWorks Collective’s distinguished Advisory Board members, John Sharp.  John is an expert in Health IT and Clinical Research Informatics including secondary use of EMR data.  He presents on healthcare social media nationally and internationally. He is also an adjunct professor in health informatics at Kent State University in Ohio. He serves on the advisory board of several health IT startups.)

One of the hottest trends in technology today is the Internet of Things or IoT. IoT was recently featured on the cover of Wired magazine for an article titled, “Awake: Welcome to the Programmable World.” The article begins, “When the objects around us can talk to each other, the elements of our physical universe converge and spring to life.” (Wired, June 2013 ). 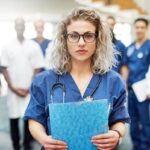 The authors point out three stages for the IoT:

1) There need to be more devices on the network, everything from sensors to devices with embedded wireless.

2) The devices must coordinate with each other without human intervention.

So is this just a techie dream born out of science fiction? And what is its relevance to healthcare?

There are several ways that hospitals are already part of the IoT. One big advance is smart IV pumps and their impact on patient safety. Not only can doses be preset, but the pumps can communicate with electronic medication administration records (eMAR) and bar code technology making them intelligent infusion devices.  The use of robotics in hospitals continues to grow. Robotic-assisted surgery is becoming widespread if not controversial . Other uses of robots include, “packaging drugs or delivering lab results, and telemedicine-based technologies that connect clinicians and patients in ways that previously didn’t exist”.  Radio-Frequency Identification (RFID) is being used to track assets, such as, IV pumps, which can be difficult to find in a busy hospital or even hoarded. Others are using RFID to track medications administered to patients.

Another trend is the use of unique imaging technology, such as, Wireless Capsule Endoscopy, or camera in a pill, where the patient swallows this device and it moves through the GI track taking pictures as an alternative to the tube-based endoscope. (image at right from GIHealth)

It is only a matter of time, as these technologies mature and become ubiquitous, that these devices will begin to talk to each other and inform care throughout the hospital.

At the same time, the IoT is available to patients. The Quantified Self movement believes in monitoring many body functions from blood pressure to sleep and more. This is becoming fertile ground for innovation and startups are offering more consumer devices every week. One recent example is the Scanadu Scout that allows you to quickly check your vital signs by placing the device on your temple.  (image below from Scanadu) David Pogue of the New York Times wrote a review of many devices which promote health from companies like FitBit, Nike, Jawbone and Flex. But he also critiques them for lack of Bluetooth connectivity in some cases or less than adequate user interfaces.

It is still early in the development of personal health devices for them to talk to each other or to larger systems through the Internet. In the area of telehealth, there are many devices and systems providing home monitoring of the chronically ill. These can provide an alternative to frequent clinic visits or visits by home health services when the data is reliably sent to the provider and algorithms are available to flag warning signs.  The Veterans Administration is moving forward with an extensive program of telehealth to serve veterans everywhere.

Finally, there is the rare startup that is focusing just on the IoT. One company out of Cleveland has even taken on that name, iOTOS. They have developed hardware, a wireless device, which can be imbedded in all kinds of devices which is tightly integrated with their proprietary software platform. iOTOS is just beginning to look at healthcare applications of the device/software from diagnostics to home monitoring. Because it is cloud-based, the devices can display data through mobile devices. (image below from iOTOS)

In conclusion, the Internet of Things is creeping into healthcare, almost unnoticed. But the ubiquitous nature of IoT makes it self almost invisible to humans. Both in hospitals and at home, the possibilities are endless. Although we are early in the maturity of this technology as noted by the Wired article, we will soon connected devices become ubiquitous, a programmable platform, with medical devices talking to each other while improving care provision and our personal health.