The Quantified Self Movement

The Quantified Self Movement was started back in 2007 by a group of bloggers at Wired Magazine who began blogging about the concept of “life logging” or, as it’s sometimes called, humanistic intelligence.

The Quantified Self Movement

The Quantified Self Movement was started back in 2007 by a group of bloggers at Wired Magazine who began blogging about the concept of “life logging” or, as it’s sometimes called, humanistic intelligence. The implications of this technological innovation have widespread implications for healthcare improvement, and tech megaliths like Apple and Sony have been anxious to get their piece of the pie by racing to develop apps and wearable tech for patients. 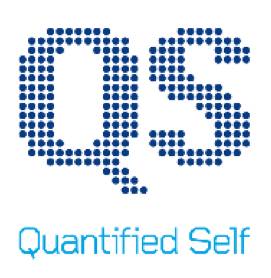 The idea behind the quantified self movement is that either through manually tracking or the kind of 24/7 tracking that can be achieved by wearable tech with little to no input from the patient, data about a patient’s state of health can be collected in real-time and then analyzed to help get a more quantified picture of their overall health. Through specially designed computer algorithms and statistics, linear regression can be used to assess the quality of the data and find correlations between variables that might bring about key insights into a patient’s lifestyle.

Factors like caloric intake, number of hours of sleep, activity level and even blood pressure and body temperature can be gathered on a daily basis for years, meaning that the wealth of available data for the patient and their healthcare team is larger than ever before. There is practically limitless potential for this data to help healthcare providers and their patients make connections between lifestyle and health, perhaps even discovering never-before known correlations that could lead to treatment innovation and perhaps even cures for conditions.

Particularly with the advent of wearable tech, it’s not only practical for patients to collect the data, but easy. As the technology continues to expand and improve, even the cost to acquire a piece of tech, whether in the form of a wristband or a phone, continues to lower as well. Meaning that a larger demographic of patients will be able to afford the technology and integrate it seamlessly into their everyday lives.

For physicians, the data of the quantified self movement will be priceless. Self-reported patient activities, particularly when it comes to lifestyle, are notoriously unreliable. Patients don’t always intend to be inaccurate historians, but for simply asking a patient to track their caloric intake, blood pressure reading or blood sugar welcomes in human error.

Certainly patients may also feel pressured to exclude instances where they have sidestepped treatment recommendations or not met their targets, making the data moot. In some cases a physician may not even be sure what data would be the most helpful, but by having the input from wearable tech they can get an overview first and then assess what measures may warrant a more in-depth examination.

Techies are also promoting the idea that having patients track their data this intently is the ultimate “life hack”: having such a wealth of information at their fingertips means they can’t deny their state of health; hard data doesn’t lie. The concept of self-knowledge and data gathering isn’t new by any means: Benjamin Franklin quite famously journaled daily in the hopes of achieving self-improvement through self-awareness. But he didn’t have a FitBit to help him.

Technology has made the concept of the quantified self more accessible and computer technology combined with advanced statistics will not only change the way we practice medicine, but most likely contribute to population health recommendations for years to come.

Are Patients Already Tracking Their Data?

Almost 70% of adults track and report least one health measure; but half of them are trying to do it all in their heads, meaning that the data is likely unreliable. Patient participation, of course, is of utmost importance but these patients also need to be working with physicians and healthcare providers who are open to incorporating and helping them analyze the data as part of their treatment.

An even deeper approach to self-quantified patient data has come in the form of genetic sequencing, which has now become more available to consumers through companies like 23andMe. Patients now have genetic data available to them that can tell them everything from disease risk to natural immunity to illnesses like Norovirus.

They can also make connections between their family history and their actual genetic risk for conditions later in life, like heart disease. Taking this information and pairing it up with their current health data can help patient’s prioritize their lifestyle changes according to what conditions they are most at risk for developing.

Quantifying a patient’s life has already begun to change the way we practice medicine, and it reaffirms the partnership between patients and their healthcare providers that’s being promoted in patient-centered medical homes. It may not be the right choice for every patient, but it may be one way to engage certain demographics that have been difficult to engage in the past, particularly young people who, glued to their phones, might be the perfect market for wearable tech. 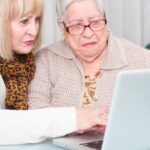 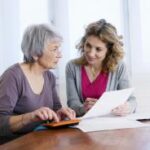 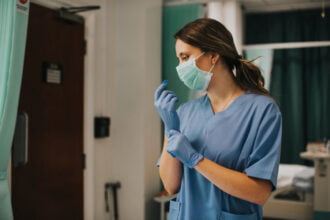