It’s become common to latch on to the most popular fad diets, whether they apply to you or not. Everyone has different reasons for making these diets a part of their lives, but sometimes they go a little too far. Lactose intolerance might be one of these instances.

Lactose Intolerance and Its Health Effects

It’s become common to latch on to the most popular fad diets, whether they apply to you or not. Everyone has different reasons for making these diets a part of their lives, but sometimes they go a little too far. Lactose intolerance might be one of these instances.

Lactose Intolerance and Its Health Effects

Lactose intolerance is used to describe a condition in which the body is unable to digest lactose, a sugar found in milk and dairy products. As a result, an individual might experience uncomfortable symptoms such as diarrhea, gas, and bloating following consumption of such products.

In general, those diagnosed with the condition are told to avoid dairy. However, one of the lesser known symptoms of lactose intolerance is damage to teeth. Because of dairy avoidance, there have been findings that link lactose sensitivity to oral health, since the decrease in dairy consumption leads to calcium deficiency that affects teeth.

The study was administered by analyzing breath tests, which is a common way to test for lactose intolerance. The findings showed that the majority of those who claim to be lactose intolerant actually suffer from psychological factors. These factors, which include anxiety, depression, and somatoform disorder (a condition in which there is no medical explanation for a person’s symptoms), either indicate that a person’s psychological state may be causing the gastrointestinal symptoms, or they may be making claims about being allergic to milk because they want to fit in with the latest fad diets.

It May All Be In the Mind

Studies from the gastroenterology department at the Wythenshawe Hospital in Manchester, England have also discovered a psychological connection to lactose intolerance. For starters, they’ve seen a distinction between lactose intolerance and sensitivity to milk. According to Professor Peter Whorewell, it’s difficult to distinguish between those bothered by lactose and those bothered by the milk itself, because the symptoms are largely the same.

“I often think that it is the fat in the milk rather than the milk itself that can cause trouble and we do see people who seem to be okay on skimmed milk,” he explained. “We also see a lot of people who have changed to soy milk based on the belief that they are milk intolerant and we often encourage them to go back on milk again to check up on this. However, it is sometimes quite difficult to persuade people to change their ways once they are convinced a food is upsetting them.”

Whorewell also addressed the epidemic of fad diets and avoiding certain foods to fit in with the latest fitness craze. In fact, he believes there are very rare cases in which the body can’t tolerate a specific food. “The whole area of food intolerance is full of hot air and not much science,” he says. “Which makes it a very good area for charlatans, who come up with some crazy new diets and techniques for testing.”

Twenty percent of people claim to be unable to eat a certain type of food, but less than two percent actually have a legitimate problem with the food, according to Whorewell. Like the Italian study suggests, the reason behind these claims is all psychological. People will often claim a food allergy because a celebrity or someone they look up to has had a negative experience with a certain food.

Lactose intolerance is a real condition, but based on these findings, it’s clearly not as prolific as some claim. Sometimes psychological factors can trick the mind and body into doing strange things, including avoiding an entire food group. 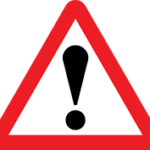