Dr. Michael Gardam is the medical director for infection prevention and control at the University Health Network in Toronto. In 2009 he put together an 18-month research project to prevent the spread of superbugs in hospitals. Superbugs are virulent or antibiotic resistant organisms (MRSA, VRE, C-difficile) that cause serious infections and are well known to spread in hospital settings. Despite sustained attempts to break the chain of transmissions, these infections remainone of healthcare’s most serious challenges and rates generally are increasing each year. Five hospital sites across Canada joined in the effort.

“What took me by surprise was how this project fundamentally changed people’s lives and how they work,” says Dr. Michael Gardam. “Of course we needed scientific proof as well. Infection rate reductions of 40-100% across hospital sites get the attention of the medical establishment.”

To fund the project, Michael went way out on a limb with the sponsor. He recommended unknown social interventions called Positive Deviance and Liberating Structures to solve this complex infection control problem. “It looked like an insurmountable problem. Now, three years later we have scientific evidence that a social intervention works!’”

The CBC news show “The National” features Michael and hospitals that succeeded in preventing spread of superbugs in a segment called, “Germ War: One of Canada’s Leading Infection Control Experts has Started a Simple, but Unorthodox Project That’s Getting Iincredible Results in the Battle against Hospital Infections.” The segment was aired on March 19, 2012.

Liberating Structures (LS) invites small changes in the pattern of interaction that help to create a more inclusive and respectful culture. Based on the complexity science principle that small changes can make a big difference, LS focus on routine microstructures that guide relational coordination. Conventional microstructures—presentations, brainstorming, management discussions, open discussions, and update briefings—are not well designed for engaging people. In contrast, Liberating Structures make it practical to include and unleash everyone in responding to challenges.

Like Wikipedia, LS create simple rules to guide and liberate everyone’s contributions. Wikipedia’s must-dos and must-not dos specify how anyone can write articles, edit content, reach consensus about the facts, and share with attribution. This structure makes it possible for a diverse community to generate and sustain accurate content that compares favorably with professionally edited encyclopedias.  With Liberating Structures, innovation “novices” become expert contributors.

Four of 33 LS that were used widely in Canada include

These microstructures helped to solve the superbug problem in a way that changed the way other problems are addressed. They will be discussed in more detail in Part 2 of this post.

A Deeper Look with Social Network Analysis and Ethnography

The project was innovative and so were the evaluation methods. Social Network Mapping was employed to measure how relationships grew among people in different functions and units. Before-and-after data revealed that participation in prevention work had increased at all the sites, with staff members increasing the number and types of people that they work with to control infections. Better still, a diverse mix of non-experts from multiple functions were taking an active role in prevention for the first time. For example, housekeepers were now being included. There work is critical to protecting patients from superbugs yet were rarely part of the conversation. Clearly, participation was way up but very little was known about the quality of relationships that formed.

In the last months of the project, ethnographic interviews were collected at each site. The research team wanted to learn if and how culture had shifted. Cultural attributes included visible habits, espoused values, and beliefs (unexamined assumptions). Interviews were conducted with people in different functions and levels—from room cleaners to VPs to project coordinators.

For the interview, Michael and the research team used an Appreciative Interview format. They asked about successful experience in preventing infections and what made the success possible. “Some of the answers moved me. I am not a super emotional guy… but I was. It is wonderful to think that a research project could have this type of effect on people.”

Two stories from the field linger for Michael: “A unit manager told me a story, ‘I used to come to work braced to find out what kind of trouble the nurses had gotten into. I was expected to fix it. Now when I come in, they tell me what they have done to fix anything that came up.’”

In the second story, a unit participating in the superbug project was starting a new cardiac program. Staff members took it on themselves to form a cardiac club. They knew they were the experts to plan a launch on their unit. After the fact, they told the project manager about the club.

Michael muses, “Now, locally grown ideas surface and frontline people on the unit take action. People can see their own ideas spread. That’s enticing. After experiencing the freedom and the results that you can achieve, I cannot imagine going back to the old way.”

Michael and project co-investigators are trying to make sense of the cultural shift afoot. Most surprising, the new and old “behaviours” are comingling. One is not displacing the other. A creative melding is underway.

Based on interview results, researchers found that staff more often go-to people with local know-how, ask more questions, and use stories to communicate what works. At the same time “old” dominant patterns persist: paying attention to rank in the hierarchy, telling not asking, and using hard scientific data to make decisions.

Most welcome is the enhanced capability to work collaboratively while tapping the up-and-down functional expertise as needed. More frontline staff see their role in the context of a larger system. As a result, managers can step back and responsibly encourage more self-organization while letting go of over-control. Nirvana.

With a wry smile Michael asserts, “The interviews revealed much more than scientific proof. Culturally speaking, I think we got beyond a point of no return. We will not be able to put the toothpaste back in the tube.”

“While the results of this study are very promising, this work has affected me in ways that other studies I have been involved with have not,” say Michael. “It is hard to recognize that many of the behaviours that are unintentionally drilled into you in medicine such as ‘I talk, you listen’ are contributing to problems rather than helping to bring about solutions. This work has changed the way I work and interact with others—I am far, far more likely to answer a question with a question. I’m sure it irritates some people to no end, but I am interested in their opinion and approach to the problem. Why should I think that I should be the one with all the answers just because I’m a doctor?”

This project revealed the practicality of fundamental change emerging from the bottom-up. Even before the project’s end, study participants started to apply Liberating Structures to new challenges in-and-out of hospital settings. Without much direct help from Michael and the research team, diverse projects have blossomed in nursing homes, clinics, and NGOs in provinces across Canada.

“Looking forward,” Michael muses, “I find I am more attracted to complex problems—the impossible stuff. In part because I don’t believe that many things are impossible. Like surfing a big wave, if you don’t try to control everything it’s a great ride.” 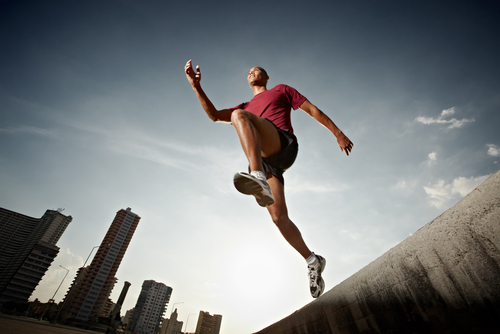 Serendipity and Personalization and Connected Health

In a world where most folks change jobs every couple of years, people are 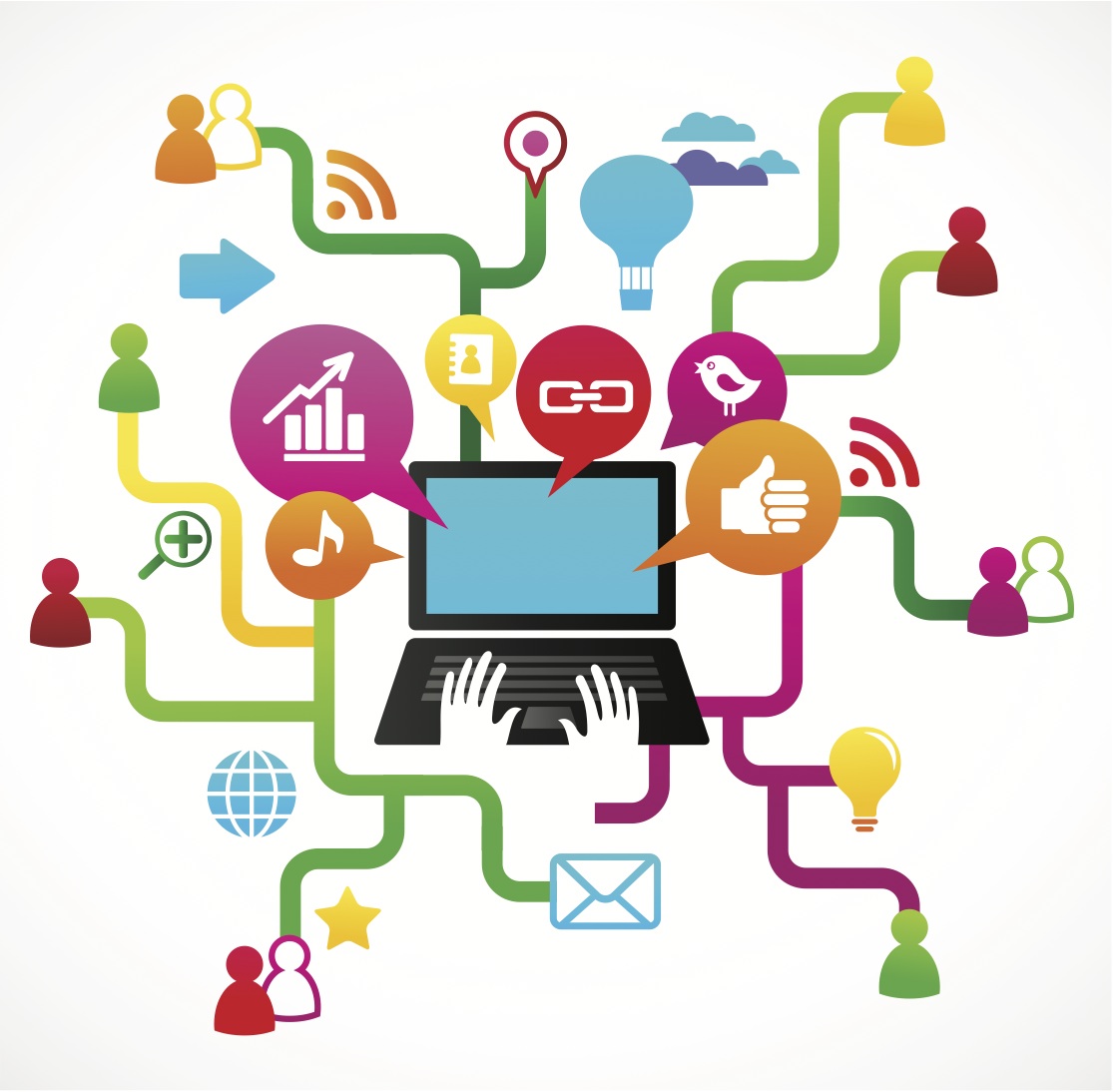 Hospitals have many devices collecting data on patients, but until recently information from those 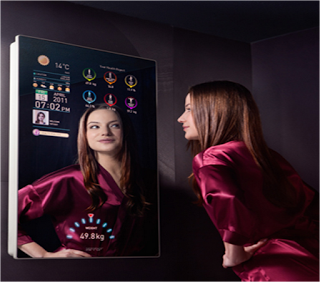 Mirror, Mirror On the Wall, Am I