The height of tick season generally brings a spate of scary stories about Lyme disease and other tick-borne illnesses, and this year’s seem especially high on the heebie-jeebies scale.

Lyme disease itself has long been confounding, but the Boston Globe today zeroes in on an especially vexing fact: About 25% of patients continue experiencing symptoms — debilitating headaches, sore joints, nausea, etc. — long after they finish the standard month-long treatment of oral antibiotics.

Medically speaking, they should be fine, but they’re nowhere near it. Did the bacteria dodge the antibiotics and infiltrate the body’s nervous system? Maybe the Lyme triggered a different illness? Should patients stay on antibiotics long-term?

Most specialists thinks the latter is a bad idea for a host of reasons, but it’s the only relief for some patients, including the woman featured in the Globe story.

If Lyme sounds awful, it’s nothing compared to the emerging threat of the Powassan virus. It is rarer — about 6% of ticks in New York’s Hudson Valley were found to carry it in a recent study, compared to about 50% for Lyme — but far more lethal, reports the Poughkeepsie Journal. About a third of those afflicted die.

Last week, Sen. Chuck Schumer called on the CDC to launch a study of Powassan and to expand research into all tick-borne diseases.

At LiveScience.com, Robin Diamond writes that such research can’t come soon enough. Doctors for too long have resorted to a “knee-jerk diagnosis” of Lyme, often to their patients’ detriment, but the new studies show that we need a much broader view of “all the illnesses tiny ticks can carry, the big problems they can create, and what doctors and patients can do to stem the tide.” 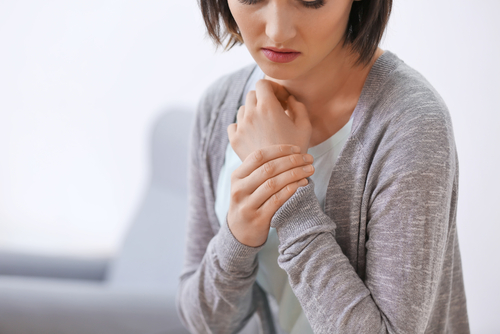 The Risks Of Ignoring Chronic Pain Can

In general, pain can be classified into two types: acute and chronic. Acute