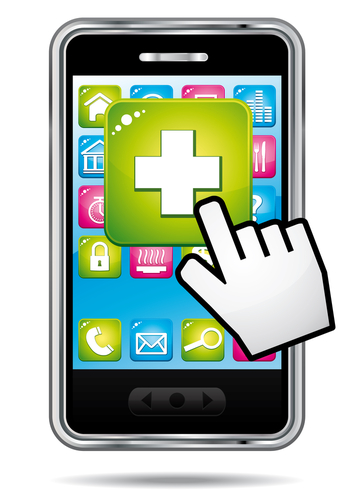 Does this happen to you? Do you ever find something–something unusual, that perhaps no one else wants–and think to yourself, “Where have you been my whole life?”

Does this happen to you? Do you ever find something–something unusual, that perhaps no one else wants–and think to yourself, “Where have you been my whole life?”

Well, anyone who has followed my love affair with mobile health apps will understand that, when I come across a pack of apps (with the priciest one running $1.99–and the ones I picked out, well, free), that claims, as does the iPad app “Medical Abbreviations Glossary,” to “reveal all [the] mystery [when] looking [at] abbreviations from medical records, prescriptions or expert advices” [sic] (apparently these experts have a lot of advice), I jump right in to assess the situation. Of course, sometimes ‘assess’ is merely a synonym for ‘buy.’ [It’s all just a business expense, isn’t it?] So for the iPhone I “bought” (and the length of the name is worth the price alone) “AbbStore-Lite – Free Medical Abbreviations, Eponyms & Acronyms.”  There’s a name with authority.

This one got rated as “an excellent app with marvelous character,” and any app with character is a friend of mine. In these callow days, how often do your apps have character?  I’m looking at my Compass–and Google Maps, which I really love, since I can’t find my way out of a paper bag, even one that’s on my driveway, with the mouth open to my house–and then there’s Adobe Reader, a fine app, to be sure, . . .but I’m still thinking even with those, all-told, I’m a little short, app-wise, on character. So I was a bit intrigued.

In the app reviews I also found, “Don’t waste ur money!!,” which I didn’t find highly complimentary, but, given that it cost nothing, I didn’t sweat it.

Now, before I go on, we should just briefly review that I’m clearly not a doctor–although (in the interest of full disclosure) I was briefly pre-med in college (it was a short-lived experience). Nor am I a trained (or even an untrained) psychologist, nor a nurse, social worker–or even a volunteer at a nursing home. These apps are just of interest to me.

But they’re more than that to those who see patients–much, much more.

In fact, if the BBC is to be believed (and, really, when isn’t it?), the mis-reading of doctors’ abbreviations puts lives at risk. The UK’s Medical Defence pointed out that  difficulties arise because some abbreviations have more than one meaning. Here’s a good one: my ”AbbStore-Lite – Free Medical Abbreviations, Eponyms & Acronyms” had two offerings for BID, which I imagine you, like me, thought was just a lazy way of telling you to take your meds twice a day (the abbreviation, clarifies the app, is short for the Latin bis in die, which should shock no one to learn means twice a day.)

But actually, turns out BID is also commonly used in medical parlance to mean (and this is a good one), brought in dead–so you could see how some confusion could arise if you were one of the people in the ER in charge of reading patient charts–particularly if you did not have the patient in front of you–that might clarify the situation. [It’s also a well-known abbreviation for the Billing and Invoice Department, but neither these apps nor I can worry about that today.]

The BBC went on to report that:

So let’s afford a little more healthy respect to these apps than we might otherwise–although, after utilizing them, I find that a bit of a challenge.

A point for their side–they themselves are respectful, and that should earn some respect back. Although I’ve been exposed to some medical acronyms in my life that are–how can one put it?–less than highly respectful, when I checked both these apps for DAAD (dead as a doornail), BND  (bloody near dead), and TSTL (too stupid to live), I drew up blanks, leading me to believe: a) that the apps might refuse to truck in some of the more sickly humorous acronyms that keep medical residents going; and b) the applications instead probably spent their time focusing on collecting a greater selection of more relevant abbreviations. You’ll just have to turn to Google if you find ABITHAD in your notes. (I liked this one a lot, even if it wasn’t in my app–It’s “Another blithering idiot – thinks he’s a doctor.”) Right? If you’re the guy who really wants to hear that FLK stands for funny looking kid--these aren’t the apps for you.

BUT. . . if you’ve just always wanted to know what KVO, VEB, or  ZIFT stood for–your day has arrived! Just follow my link (I’m going to recommend the first app over the second–I’ll come back to the latter app in the next paragraph), and you’ll find all sorts of information like that (and just so you don’t have to be kept waiting and hitting hyperlinks, your answers here are: keep vein open [with slow infusion], ventricular ectopic beat, zygote intrafallopian transfer). Now you know.

In terms of the iPhone app–well, you pretty much get what you pay for (bubkis). You have to know the acronym or abbreviation you’re looking for first. First you put it in–and the app does respond with the full answer–in fact, with white font on a lovely shade of blue.  It just seems to me to take a lot of initiative to actually know what you want to know–but I bet some people are up for it. I tried to put  in DQA, which my ‘other sources’ had told me was a drama queen alert-but wouldn’t you know, it wouldn’t even let me enter those letters (talk about controlling).  The app insisted on a DQF entry–not at all what I had planned, but which, in fairness, is more serious, and which, ultimately, a seriously serious field deserves.  So, having been forced away from drama queens, DQF, I am now officially informed, stands for double quantum filters. I’d like to say I’m glad I know, but. . .

The excitement just goes on.

Also for the iPhone ( $.99) is “MedAbbreviations: Medical Abbreviations Reference.” It insists you must be over 17 to download this app, which makes me wonder what in the world I’m missing–the excitement eludes me.

This had a real plus and a real minus–which might be the meaning of life in general.

The plus–it was amazing how many phrases it pulled out of its pocket for PDR (this is just representative; it has a whole host of offerings for many entries), which, having a father as a doctor–and having actually seen doctors through my life–I know as the Physicians’ Desk Reference.

But for this app the fun is just beginning. PDR might also be:

A fairly  impressive display of acronym agility, I thought.  It would be worth $.99 to just to be sure you were getting the most bang for your abbreviation buck.

Or at least I think so.

To be truthful, I’m not sure you’re feeling the love about these apps the way I am. Maybe you’re not. Okay. But let’s just say, you’re a middle-aged man with a heart condition who finds himself in situations where doctors’ notes appear all too frequently–on instructions she’s written for you, on prescriptions, in your chart. Wouldn’t  you love to know what your doctor was meant when he wrote AGA in your chart, which you caught a glimpse of when his nurse left it lying next to you on the examining table?

While your goofy friends insist she means you had an acute gravity attack (like you fell over your feet and didn’t notice), what if you  had one of these apps to assure you what it meant? Then you could look it up and put your mind at ease?

You could whip out your iPad or iPhone, and find out it really stands for appropriate for your gestational age.

Just think how that could put your mind at ease.