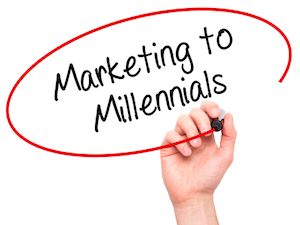 Medical Marketing to Millennials: Convenience is the New Currency

Is the Millennial Generation—AKA Millennials—a lazy bunch? Or has the pervasive availability of technology in society shaped an expectation of instant gratification? Or is convenience a byproduct of working families constantly pressed for time and resources? In spite of the abundance of reference material that attempts to define and describe the Millennial Generation, researchers can’t quite get together on the start and end caps. But as this is now the largest demographic cohort, let’s call it adults between ages 18 and 34. They represent a vital audience segment for healthcare marketing. Significantly, one of the most important characteristics of Millennials is that, for them, convenience is the new currency in everyday living. If this 75-million-plus group is part of your marketing plan, consider how to appeal to this audience that wants it now…right now. Cereal isn’t easy enough. An item from The Washington Post hit on this with an illustration titled: The baffling reason many millennials don’t eat cereal. “Few things are as painless to prepare as cereal,” the article observes. “The food has thrived over the decades, at least in part, because of this very quality: its convenience. And yet, for today’s youth, cereal isn’t easy enough.” It turns out that “Almost 40 percent of the millennials surveyed by Mintel for its 2015 report said cereal was an inconvenient breakfast choice because they had to clean up after eating it,” says the Post article. “A large contingent of millennials are uninterested in breakfast cereal because eating it means using a bowl, and bowls don’t clean themselves (or get tossed in the garbage). Bowls, kids these days groan, have to be cleaned.” Convenience is the indispensable standard… Throughout their entire lives, Millennials have never been without the convenience and immediacy of technology, including computers, laptops and tablets. About 85 percent of Millennials own a smartphone, representing the largest segment of smartphone owners, according to Nielsen. “Instant answers” have always been the standard for Millennials, and that’s fast becoming the baseline attitude and expectation throughout contemporary society. Laziness versus necessity. The Post also observes that: “The reason why convenience is increasingly important isn’t merely because people are lazy—many actually need it. Families are working more than ever. Almost two-thirds of households are supported by two working parents today, according to the latest government data, which is the highest reading on record.” The carryover in healthcare has, in part, given rise to the convenience of urgent care practices and provider locations in big-box stores—appealing to the public with the ease of use, fast service and perceived lower costs.

The post Medical Marketing to Millennials: Convenience is the New Currency appeared first on Healthcare Success.