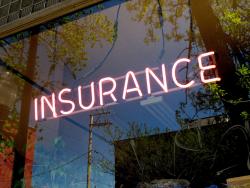 Meeting the Deductible: Cancer Drugs, Insurance and a Happy Ending Summary: Denied claims, long arguments, an eternity spent on hold arguing over a bill? Yes. But! Sometimes there are happy endings in the conversation with the billing office and the insurer. As deductibles and co-insurance rise, it’s more important than ever to know how to explore whether that bill is right or that statement is right.

Summary: Denied claims, long arguments, an eternity spent on hold arguing over a bill? Yes. But! Sometimes there are happy endings in the conversation with the billing office and the insurer. As deductibles and co-insurance rise, it’s more important than ever to know how to explore whether that bill is right or that statement is right. Read on for a happy ending, or…

“I’m starting the process of gathering up my EOB’s from my former Blue Cross Carrier (eliminated by the ACA) and the one I have now. More likely than not I will have to change from the clinically proven injectable to the generic infusion; so a monthly shot as opposed to a monthly IV.

“That then brings in the question of whether or not a port should be installed. Having a port is that last thing I want at this early stage of mets. Yet, I only have one arm and have it IV’d monthly is not an attractive thought.”

So, she’s got cancer and is wondering what her insurer will do to change her treatment. Reading her email made me anxious, and I’m not even the one who’s got breast cancer. I couldn’t imagine how she felt. She said we could use her emails on the condition that we not use her name. She said she wanted to praise her insurer for doing the right thing.

I asked for details, and she wrote.

“I need to get my arms around what they have improperly billed; then what is an unfair discount…

“I’m the last one on earth to troll up medical costs, to get a test because the test exists. In fact I’ve always been conservative and cost-conscious…but the bottom line to me with this new carrier is I see a time when an improved therapy (for example, palbociblib for metastatic breast cancer) will become available and the carrier will substitute ‘the next best thing.’ In metastatic disease the ‘next best thing’ more likely than not is the last therapy the patient was on. I saw a woman last week whose carrier would not approve two combinations her oncologists recommended. Was he asking for something unusual? Not according to others reading the same post.”

Insurance companies often have opinions about what doctors prescribe. As my friend Casey Quinlan tweeted the other day: “Actuaries practicing medicine! What could go wrong?” This is a complicated topic: anecdotally,  docs are really upset at being second-guessed by insurers, as Dr. David Voran explained in this guest blog post. Other docs work for substantial pay from insurers for “case review,” which we have heard can be a fairly lucrative pastime.

There was a bit of silence, then this glad note.

“I just wanted to let you know that the issues were successfully resolved with Blue Cross/Blue Shield of Texas.

“When I called them (with a fully prepared script, mind you) the first thing that happened when I told the ‘client advocate’ that I’d been overcharged on my deductible she said, ‘you’re right.’

“I almost fell out of my chair.

“She then went on to say that she would go in manually and and correct the account, which she did within the week.

“So that $3,000 was subtracted, not added to my balance. Then she explained the coding on their forms. It wasn’t clear. As it turned out, a column which I thought I OWED is NOT my responsibility.

“Bottom line: I can get the meds I need without an outrageous co-pay.”

The takeaway: Always call and ask.

Do HMOs Deserve A Bad Reputation? The

Have you ever heard people say that HMO health insurance is no good? It’s

Top 4 Important Things To Understand About

When it comes to Medicare, the enrollment process can be a little tricky. That’s

Do you have life insurance? The type and amount of coverage you need