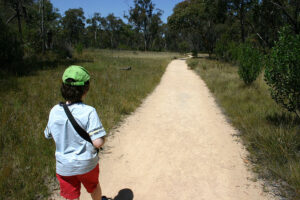 From Patient Partner to Patient Leader Empowered patients have become so integral to healthcare that it is hard to recall a time when it was otherwise. There have been seismic shifts, starting with clinical trials and running all the way through diagnosis and treatment; rather than leveling off, the movement is growing. The trend continues to be toward more participation, partnership, and importance placed on patients’ and caregivers’ right to choose what is best for their own lives. Clearly there is something going on here that makes for better healthcare.

Collaborative Knowledge
For example, consider WikiProject Medicine, a collaborative effort to improve the quality of Wikipedia medical articles spearheaded by Canadian ER physician James Heilman, MD. The project received a lot of media attention when it became the focus of a for-credit class offered for fourth-year medical students at UCSF School of Medicine by Professor Amin Azzam, who enlisted his students in editing articles.

What is significant is that Azzam sees the project as a way of helping his students understand their professional obligation to contribute to the digital community. As ePatient Dave notes in his post on the wiki, “patients and professionals have equal authority” in the digital community and that is its strength. Wikipedia lets anyone edit an article and it’s thriving. Whereas Medpedia, a parallel platform that limited editing to credentialed professionals, was discontinued.

The Patient Voice at the FDA
The FDA has shown increased flexibility in their handling of drug approvals, partially because they have been told by patients with serious or life-threatening illnesses who lack good alternatives that they are willing to make some trade-offs in order to gain access. In response to the needs of the rare disease community, the FDA has also stated “there is no reason to expect drugs to be tested on similar numbers of patients, regardless of the disease.”

The FDA’s growing recognition of their duty to respond to patients’ unmet needs was responsible for a special provision of the Food and Drug Administration Safety and Innovation Act (FDASIA), which calls for FDA to set up a “Patient-Focused Drug Development Initiative” to better take into account the views of patients during the regulatory review process.

An interesting example of how the patient voice is being incorporated into the FDA’s process is the recently released new draft guidance intended to expedite development of drugs for chronic fatigue syndrome (CFS). Little is known about this condition and there are no tests to determine its cause, making it difficult to establish clinical endpoints. To fill the gap, the draft guidance recommends that trials “should include patient-reported symptoms using well-defined and reliable patient-reported outcome (PRO) instruments.”

The Decision Should Fall to the Patient
A recent post on The Health Care Blog impressed upon me just how profound this shift toward patient empowerment has become. After discussing their opinion of the relative value of clinical guidelines, Robert McNutt, MD and Nortin Hadler, MD conclude by saying:

“The patient is not the partner in medical care; the patient is the leader, the pilot, the decision-maker. Patients don’t need recommendations; they need information about the added benefit of one therapy versus another balanced against the added harm of the therapy. People are smart enough to make the trade-offs; they don’t need to be told what to do.”

What then is the role of the doctor? Here is their answer:

“Changing medicine from a ‘telling what to do’ profession to a ‘telling the patient the information’ profession will lead us to a better system of care, better in every way. The profession of medicine should have the goal to serve and inform, not recommend.”

It’s quite a power shift, isn’t it; and we would do well to keep it in mind, whether we are doctors, nurses, pharma marketers, patients, or caregivers, because it has the potential to heal our healthcare system.

I don’t know about you, but I feel better already.

The Benefits and Drawbacks of Popular Natural
October 28, 2021 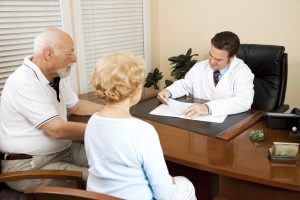 How to Prepare for a Second Opinion