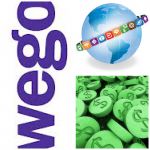 Snowflakes and Bitch-Slaps at the ePharma Summit

Snowflakes and Bitch-Slaps at the ePharma Summit

I had the great good fortune of being asked (by WEGO Health) to participate on a panel titled Social Media for Pharma: A Match Made in Heaven or Hell? at the ePharma Summit in New York (#epharma) earlier this week. When the opportunity presented itself, I asked to be registered for the whole event so I could do my fly-on-the-wall thing by attending some sessions and schmoozing in the exhibit hall. What did I learn? I learned something I already knew: pharma, and healthcare in general, talks a good game at the corporate level about “engagement” when it comes to patients. However, their use of the word tends to run along engagement-as-shiny-object-syndrome lines; in other words, passive message consumption is the desired model, since two-way dialogues are problematic, with pharma afraid of FDA bitch-slaps in the form of warning letters and healthcare in general sweating bullets about the powerful bitch-slap known as the HIPAA violation, given the $1.5M fine potential. I understand their aversion to drawing the gimlet eye, and the ire, of the feds when they’re considering how to communicate with their marketplace. Pharma is a conservative, slow-to-innovate business that’s focused on shareholder value and ROI for said investors, given that they can spend billions developing a new drug for market before they can sell the first pill of said wonder drug. At least, that’s what pharma balance sheets and annual reports tell us. Pharma is anxious to open dialogues with its customers – the real customers, patients – but isn’t sure how to go about doing that without winding up in deep kimchee with federal regulators. That was the purpose of the panel I was on: to let pharma know what kind of conversation patients were looking for, and what we’d like to hear from the pharma industry. Our group members were:

We all said that we would welcome some real dialogue with pharma: not sales language, but human language. Stop telling us to “ask our doctors about” – which is useful, but only half of the conversation equation. Pharma should ask patients how and if they – pharma and its products – are actually helping. The snowflakes in the post title aren’t the snowflakes that flurried a bit in New York on Thursday, they’re from my exhortation from the podium (and everywhere else):

“If we’re all snowflakes, unique in our genomic makeup and completely different from any other human on the planet, where’s my snowflake medicine?”

I know that snowflake medicine is not only possible, it’s here: pharmacogenomics is a new science, but it’s in commercial use and has been for a few years. I’d like to know why it isn’t part of every single prescription decision, but I’m an impatient early adopter. I know that pharma is still operating on a population health model, but that is so 20th century, dudes. Real innovation is already happening, yet pharma’s business model is still in “find the blockbuster drug that works OK in 60-70% of the population with Disease X, and we’re in the money!” mode. My prescription for pharma execs is to read Eric Topol‘s The Creative Destruction of Medicine: How the Digital Revolution Will Create Better Health Care – that will both scare them to death (no more population-based medicine) and show them the map to the future (agile development of targeted therapies). Give me my snowflakes: me, and everyone else, are in some cases dying to get hold of ’em. My takeaway from #epharma? Patients are still seen as exotic creatures by pharma, but I sense that they’re anxious to learn more about us beyond our diagnoses. My recommendation: Look for influencer patients in the health communities that use your products. Open a one-on-one dialogue with them, ask them how your products are perceived. Explore opening up some private-channel community conversations (NOT on social media!) that can involve your clinical team, doctors who prescribe your products, and the patients that take them. Listen and learn. If you need help wrangling internet and social rules for pharma out of the FDA, tell us – patients – what you want to accomplish, and let us storm the castle. Embrace the snowflakes. Avoid the bitch-slaps. Help create better global health. Patients are the only real blockbuster drug left in the 21st century. Thanks for listening.