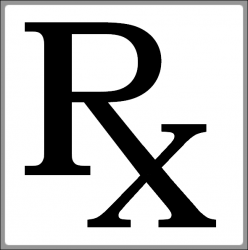 Pharmacists are highly trusted professionals, coming in second (behind only to nurses) in a recent survey of public perceptions of honesty and ethical standards. But pharmacists in Massachusetts are responsible for at least 61 deaths last year and many hundreds of cases of serious illness because of the tainted steroid injections from the New England Compounding Center (NECC). The pharmacy itself is primarily to blame but we shouldn’t let the state Board of Registration in Pharmacy off the hook. Here’s an excerpt from their mission statement:

To promote, preserve, and protect the public health, safety, and welfare by fostering the provision of quality pharmaceutical care to the citizens of Massachusetts through the regulation of the practice of pharmacy, the operation of pharmacies, and the distribution of prescription drugs in the public interest. The Massachusetts Board of Registration In Pharmacy will assume a leadership role in regulating the practice of pharmacy and act in accordance with the highest standards of ethics, accountability, efficiency, effectiveness, and openness.

That doesn’t square very well with what went on at NECC. And it’s not as though there weren’t red flags, including a formal warning letter from the FDA way back in 2006.

Now the legislature is finally taking a few baby steps toward reforming how pharmacy is regulated in Massachusetts. But it’s keeping the Pharmacy Board largely as-is, with a majority of pharmacists serving. (Right now the website shows 7 members, 6 of whom are pharmacists.) Pharmacist trade groups seem to like that idea –saying that the proposal will “not diminish… the critical professional input that only a pharmacist can offer.” But I’m not so pleased about having the industry regulate itself.

Governor Patrick had a better proposal, which would have reduced the number of pharmacists and added a nurse, physician, pharmacy technician, quality improvement officer and three members of the public.

I would do things a little differently. I would keep a few pharmacists on the board but add others with more technical and scientific knowledge. I do like Patrick’s idea of a quality improvement officer –preferably someone with real technical knowhow– and would add a chemist, biologist, and attorney with compliance experience. Members of the public should include a heavy pharmacy user, a parent of a child with a serious illness who uses compounded medications, and perhaps someone who has been harmed by a pharmacy error.

The scale of preventable death and disability caused by the NECC incident is shocking. There should be more outrage and less acceptance of incremental changes.