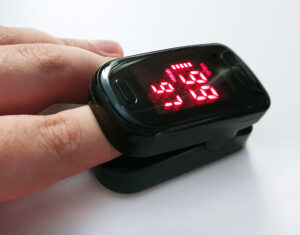 What Are Sensors And How Are They Used In Health?

The Power Of Embryonic Stem Cells

EXCLUSIVE POST – Embryonic stem cells may offer the opportunity to cure many of our most vexing diseases such as diabetes or the ravages of heart attacks. They are present after a fertilized egg divides for two or three days. They have the seemingly miraculous ability to turn into any of the tissue types in the body—whether brain neurons, beating heart cells, bone, or pancreatic islet cells. It is important to understand just where these cells come from.

EXCLUSIVE POST – Embryonic stem cells may offer the opportunity to cure many of our most vexing diseases such as diabetes or the ravages of heart attacks. They are present after a fertilized egg divides for two or three days. They have the seemingly miraculous ability to turn into any of the tissue types in the body—whether brain neurons, beating heart cells, bone, or pancreatic islet cells. It is important to understand just where these cells come from. Those used in science are the byproduct of in vitro fertilization (IVF), cells taken from the often “left over” embryos that are otherwise discarded.

In 1998, scientists under the leadership of Dr James Thomson at the University of Wisconsin, learned how to take some of the cells from these about to be discarded embryos and put them into a cell culture – basically a fluid in which the cells can grow to produce more cells. These cells in turn can then be directed to grow into heart or lung or pancreas or other types of cells by the addition of various additives to the fluid in which they are growing. So it is from these discards that embryonic stem cells are available to us. Just to be clear. The blastocyst or embryo with its 32 or so cells is not grown in the culture dish. Rather, individual cells are removed and allowed to divide and grow. These are the so called embryonic stem cells. But no embryo is growing, just individual cells.

It is true that much can be done with adult stem cells but science so far suggests that embryonic stem cells hold promise for much more benefit. It will probably be embryonic stem cells (or perhaps induced pluipotent stem cells – see last post) that pave the way for replacing the islet cells of the pancreas with new insulin producing cells to cure diabetes or replace the damaged cells in the brain that are key to Parkinson’s disease. Some strongly feel that it is wrong to use cells from embryos. It is important to remember that these are fertilized eggs that were prepared for couples that could not conceive and so had eggs and sperm placed into a dish with special fluids. Experience has shown that success is better if the doctor implants a few embryos into the woman’s uterus rather than just one. But the doctor may have more than enough embryos and the extras will be discarded if the woman becomes pregnant. I look at it this way. Since the embryos will be destroyed anyway, why not use them for creating stem cells that perhaps many people with diverse diseases might benefit from. It is not dissimilar to transplanting the organs of a person who has died in a car accident rather than burying them in the grave. And the embryo, made up of just a few cells, is disrupted so each cell grows independently. Now the cells can be stimulated to become heart cells, liver cells or whatever and might be useful in treating a disease. It will take some years but there will certainly be major advances down the road in how we can repair, restore or replace damaged tissues or organs.

READ
What Are Sensors And How Are They Used In Health?

The pace at which we benefit from stem cell therapy will be influenced by factors including cultural attitudes. The use of embryonic stem cells, on which some of the most exciting research depends, is opposed by some on moral and philosophical grounds. But according to technology philosopher N.J. Slabbert, “much of the moral concern about embryonic stem cell research arises from poor public understanding of what such research entails, as well as poor understanding of the high reverence for life that underlies most medical research.” Slabbert argues that the scientific establishment has failed to communicate its medical research mission to the public effectively. I agree; we need to do much better.

The issues revolving around federal funding via the NIH for research on embryonic stem cells reached the federal courts last summer and were further addressed by an appellate court in April of 2011. Cohen and Adashi, writing in the New England Journal of Medicine in May, 2011, give a clear account of the debate in the courts. They concluded with “It is difficult to overestimate the vast potential of stem-cell research. We believe we cannot afford to allow ongoing legal ambiguities to compromise this line of scientific pursuit. Quite the contrary, now is the time to pick up the pace with an eye toward realizing the hoped-for translational benefits. With statutory relief deemed unlikely to be provided before the 2012 elections, it appears all but inevitable that the matter of funding of human ESC research will have to be settled in a court of law.”

Here is an example of how stem cells could be used: islet cells on demand– One day, and I believe it will occur within five to ten years, stem cells will be able to be mass grown into islet cells. They will be ready when the patient needs them. Just give them by vein and they will home into where they need to go.  And if they are created from the process called nuclear transfer or adult cells reprogrammed from the patient by genes (iPSC) or proteins (piPSC) that I described previously, they probably will not be rejected because they will be developed to not provoke the immune system. But still, whatever process destroyed their own islet cells years before will probably still be functional. So these cells may be destroyed over time as well, unless some new technology or drugs are developed to prevent this cell destruction by the body. But in the meantime, just come back for a new infusion whenever needed. Sort of like going to the gas station to refill the tank!

Islet cells injected into the vein seem to know to go to the liver and live there and do their work. Bone marrow stem cells when injected by vein go to the bone marrow, take up residence and repopulate the marrow of the patient with leukemia who just got very aggressive treatments to eliminate all of his own marrow cells (and hopefully all of the leukemia cells as well.) But would all stem cells know where to go? Or what to do? Would they go to the heart after a heart attack or do they need to be infused directly into the coronary arteries or injected into the heart muscle itself? And stem cells or stem cells prompted to develop into brain cells – will they need to be injected directly into those areas of the brain damaged by Parkinson’s or Alzheimer’s diseases? These are but a few of the issues to be resolved with careful research.

Here are just a few studies in progress, some in animals, some in humans and many in laboratory settings:

iPS cells have been created for multiple different diseases by taking cells from affected patients  such as diabetes type I, Lou Gehrig’s disease (amyotrophic lateral sclerosis), Gaucher’s disease  and muscular dystrophy. It is hoped that these cells will help explain the disease processes and their origination. In addition, they might prove useful in growing large numbers of mature cells that could in turn be used for drug screening and drug toxicity evaluations. And in this regard, iPSCs and piPSCs matured into cardiac cells are already being used by pharmaceutical companies to test new drugs for side effects.

We all know that if we have a tooth pulled, that’s it – a tooth won’t grow back. But an intriguing study has taken the cells of the progenitors of the molars from mouse embryos and grown them in culture for a few days. Meanwhile, a molar or two from multiple adult mice were extracted. Then the stem cells were implanted into that space and within two months the mice had new teeth with normal structure and strength, demonstrating that stem cells in the proper setting can lead to the re-growth of an organ or tissue. Think about the potential in humans to get a real new tooth rather than a prosthetic tooth or a bridge when a diseased or damaged tooth must be extracted.

One of the most exciting studies underway is a phase 1 trial of stem cells in patients with spinal cord damage. The Geron Company began this FDA-approved trial in late 2010. They take human embryonic stem cells and from them derive oligodendrocyte progenitor cells; in other words, nerve cells. These are injected next to the spinal cord at the level of very recent injury. In extensive animal experiments, these cells were found able to cause the damaged spinal cord cells to remylinate (basically reapply an “insulator” as with the covering of an electric wire) and to create some type of nerve growth stimulation with remarkable restoration of some or all function. The rats began to move much more normally within just a week or so of the injection. This human trial is Phase 1 meaning that it is all about studying if the injected cells will cause any toxicity. It is a good guess that they will not but because they will be used initially in low dosage (relative to what was used in the rats to obtain responses) it is unlikely any functional improvement will occur. That will be the test in later trials (Phase 2 and 3) with higher cell numbers provided this Phase 1 study proceeds successfully.

Another very early Phase I study, this one using adult stem cells, is just beginning in Israel for amyotrophic lateral sclerosis (ALS). The patient’s own bone marrow stem cells will be treated in the laboratory with a proprietary process by BrainStorm Cell Therapeutics and then placed back into patients. The results will be of real interest.

As I said at the beginning, there is still much to be learned before stem cells will become routinely utilized for patient care – but progress is real and the opportunities are exciting for a major transformation of medical care in the coming years. Here, as with genomics, we see the value and the importance of innovation. Scientists with good ideas taking the steps needed to bring new and until recently almost undreamed of possibilities to transform healthcare – clearly a medical megatrend in the making.