The study, Focal therapy for localised unifocal and multifocal prostate cancer: a prospective development study, details the results of 42 patients treated with the Sonoblate HIFU system in their phase 2 clinical trial.

From the Time article:

The new study, designed as a proof-of-concept study, involved just 41 men. Doctors used MRI and mapping biopsies to locate the cancerous tissues. They then focused high-energy sound waves on the affected area, causing the cancer cells to heat up to around 80°C, which kills the cells. None of the patients reported urinary incontinence a year after treatment, and only 1 in 10 suffered from poor erections. Overall, about 95% of the men were cancer-free after a full year following the trial.

“The signal from this study is quite strong,” study author Hashim Ahmed, a urologist at the University College London, told Bloomberg. “When you look at the current standard of care, there’s a 1-in-3, or 1-in-2 chance of having the perfect outcome. In this study, after 12 months, it’s a 9-in-10 chance.” 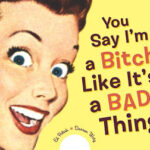