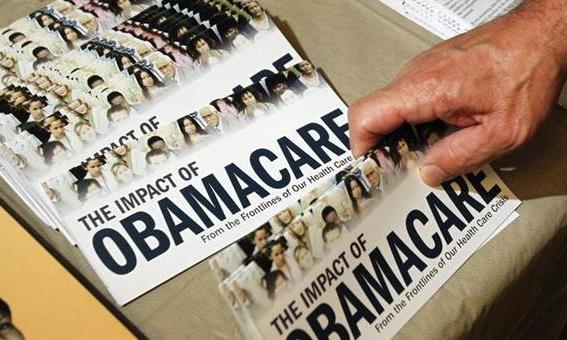 Preparing for 2014: Questions for ObamaCare’s Opponents

As a confident critic of ObamaCare from its genesis, I’m impressed that the law remains unpopular and that the American people appear ready to scrap it and start again.

As a confident critic of ObamaCare from its genesis, I’m impressed that the law remains unpopular and that the American people appear ready to scrap it and start again. Last March, a senior bureaucrat in charge of rolling out ObamaCare fretted about a “third-world experience“. ObamaCare’s opponents have managed to keep Republican politicians unified against the law. The only tactical question is whether the GOP can credibly threaten to “shut down the government” during the forthcoming debate over the Continuing Resolution (the legislation that funds the government in the absence of a budget).

It’s been a good three and a half years for ObamaCare’s opponents. Nevertheless, outside the political realm, businesses and investors are behaving as if ObamaCare is hardened concrete. Although ObamaCare’s opponents have overwhelmingly succeeded in convincing society of the law’s drawbacks, it is not at all clear that society is ready to accept a more free-market alternative reform.

Indeed, some of the approaches used against ObamaCare might have unintended consequences that will appear in 2014, the law’s first fully operational year, which would make repealing and replacing ObamaCare extremely difficult.

Here are a few friendly questions for ObamaCare’s opponents:

First: We’ve spend a lot of effort convincing people that state-based health-insurance exchanges will be a disaster, and succeeded in blocking their establishment in many states. To be sure, they are an unnecessary bureaucracy, but do we really believe that enrolling in the New York Health Benefits Exchange or Cover California will be the worst thing since unsliced bread? It won’t be like shopping on Amazon.com, but I’ll bet it will be easier than doing business with the DMV. The New York Times recently reported on exchange outreach efforts in Colorado (a pro-ObamaCare state) and Missouri (an anti-ObamaCare state). The take-away: In Colorado, it’s almost impossible for people to avoid learning how to enroll in the exchange, while in Missouri it’s been extremely difficult to get information. Most people will not be interested in how much it cost taxpayers to set up and operate the exchanges. Do we really believe that when ordinary Missourians learn from their Coloradan friends that their state government has helped them get federal tax credits for health insurance, that they will reward Show-Me state politicians for trying to block them?

Second: We’ve believed that if a state declined to establish an exchange, the U.S. Department of Health and Human Services would not be ready to operate one in 2014. That might have been credible until recently, when it became clear that the federal exchanges will be run by for-profit businesses, including eHealthinsurance.com. eHealth, Inc.’s stock jumped 28 percent on announcement of the federal contract. eHealth, Inc. has operated for 13 years, was listed on NASDAQ in 2006, and is consistently profitable with an operating margin around 9 percent. Do we really believe that companies like eHealth.com will fail to enroll as many exchange beneficiaries as possible? Do we really believe that if state politicians try to hinder residents from applying for federal tax credits through eHealthinsurance.com’s portal, they will be rewarded at the next election?

Third: We’ve consistently emphasized that the young will suffer dramatically higher premiums under ObamaCare, because premiums cannot vary much by age. According to an analysis by actuaries at Milliman, premiums for twenty-somethings will increase by 9 percent. However, premiums for every other age group will drop. Forty-somethings will enjoy a 17 percent reduction in premiums. Do we really think that the politicians who passed this law did not anticipate this? In the 2010 election, 17 percent of eligible voters aged 21 through 24 voted. 41 percent of those aged 25 through 34 voted. But 81 percent of those aged 45 through 64 voted. Can we not see that the limits on age-adjustment, which will cause “rate shock” for young people, actually benefit the politicians who imposed them?

Fourth: We’ve consistently exposed the Administration’s inaccurate claim that “if you like the plan you have, you can keep it”. We’ve anticipatedthat many businesses will drop coverage and throw their employees into the exchanges. In doing so, we’ve inferred that employer-based coverage is a good thing. Haven’t we struggled for years to persuade people to understand that their employers do not actually pay for coverage, but just control and limit our choices? Haven’t we struggled for politicians to take up tax reform that allows individuals to choose our own health insurance? How will we pivot back to this position after four years of attacking ObamaCare for achieving exactly that goal (for some of the people)? How will we convince risk-averse politicians to embrace a policy of individual tax credits, when we’ve been telling people that they should cling to their employer-based benefits?

ObamaCare is a bad law, and I recognize the tremendous efforts of so many to repeal and replace it. Nevertheless, our tactics have introduced risks that we will have to manage carefully as ObamaCare rolls out in 2014.