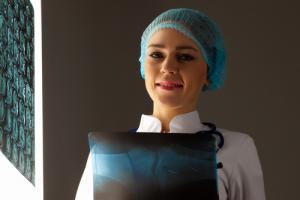 Why Should Radiologists Be Mobile-Friendly? Radiologists should be mobile friendly. Have you heard that? As soon as someone tells you what you should be, you don’t want to be it, even when you already are. Most radiologists have already thrown out those archaic flip phones and all-thumbs Blackberrys and graduated on to the much sleeker, interactive interface of smartphones.

Radiologists should be mobile friendly. Have you heard that? As soon as someone tells you what you should be, you don’t want to be it, even when you already are. Most radiologists have already thrown out those archaic flip phones and all-thumbs Blackberrys and graduated on to the much sleeker, interactive interface of smartphones. Is it a sign of higher intelligence or just a new shiny thing in the corner? Visually, it may be eye candy, too tempting for a visual junky to pass up. But is it too personal; something you wouldn’t bring into the workplace…or would you?

The biggest reason radiologists should be mobile friendly is because their referring physicians are.

Physicians and other clinicians are using their personal devices, like iPads, iPhones, and Androids, to access patient information from anywhere, anytime. In a recent survey, primary care and internal medicine physicians indicated a strong preference for electronic health record (EHR) usability on their mobile devices.1  In the same survey, 83% of respondents reported they would immediately use mobile EHR functionalities to update patient charts, check labs, and order medications if available to them via their current EHR.1

Mobile-device medicine, ie, the use of mobile devices to deliver care, is a growing trend and the more forward-thinking radiologists are catching on.

When Siddharth Prakash, MD, DABR, Vanguard Medical Imaging P.C. (Melville, NY), was deciding on which PACS to purchase for his imaging center, he needed to make sure he could send radiological reports to the physicians at a relatively inexpensive cost. “I was looking for a PACS provider that was looking into the future and trying to incorporate other devices, such as iPads and smart phones, and a simple system for contacting referring doctors,” said Dr. Prakash. “I wanted to find a solution that was taking the next step—communication.”

For Dr. Prakash, delivering a report to a mobile device gives his imaging center a competitive edge.  “More doctors want to see reports on their mobile devices, and when we provide this, they remember that my practice was able to do that, while others were not,” said Dr. Prakash.

How quickly could mobile-device medicine become a reality?

Well, it already is among hüber techy radiologists. But even the Board of Directors of RSNA is pondering the practical application of using mobile devices in the clinical setting. This year, RSNA launched a new learning management system to make RSNA education content available on mobile devices, in response to member demand.2 And along Dr. Prakash’s line of thinking, the theme of the RSNA 2013 annual conference is Power of Partnership: Partnering with the referring physician. The theme underscores the importance of radiologists providing a service that meets the needs of their physician partners.

No doubt smartphones on some level are a distraction—and dangerous when talking, texting and driving at the same time. But they also are very useful and there is no sign of turning back. As radiologists embrace the EHR, just like moving from analog to digital, they are now moving from desktop to mobile because these systems become so much more valuable when they “talk” to one another.3