Brushing and flossing are obviously important in preserving those pearly whites and promoting great dental hygiene. However, the effects of a proper oral hygiene routine aren’t limited to the mouth. Oral health has been linked to diabetes, cancer, memory, heart disease and more. While scientists are unsure whether these links are correlative or causative, it’s clear that people must understand the importance of oral health if they are to maintain their overall wellness. Here are a few instances where dental health may play a role in other areas and functions of the body.

In diabetics, it’s common to find cases of periodontal disease, an infection in the gum and bone that can result in tooth loss. Diabetes can also hinder oral healing, making it difficult for patients to recover from treatments addressing their periodontal disease. Diabetes may also cause dry mouth and a painful infection called thrush, which produces white patches in the mouth. Often, the first signs of infection include soreness, a bad taste in the mouth and swollen or bleeding gums.

Scientists also link poor oral health — specifically tooth loss — to cardiovascular disease. However, researchers are still unsure if there is a direct or indirect relationship between them, even though they often occur together. Some surmise that the food people eat can introduce certain bacteria to the mouth. These bacteria can travel into the bloodstream and cause inflammation in the blood vessels, which can increase the risk of stroke, heart disease and heart attacks.

Pregnant patients may experience a higher risk of developing gingivitis due to changes in their hormones and diet. The resulting inflammation may trigger an increase in prostaglandin, inducing early labor and, therein, preterm birth. Naturally, this can negatively affect both mother and baby as the child will often have a low birth weight. The mother may also suffer poor mental health. However, dental caries seem to have the opposite effect, at least in terms of birth weight. In women with cavities and tooth decay, there may be a higher risk of delivering babies that are large for gestational age compared to those without dental caries. Of course, other factors — like diet and exercise — may cause this association to occur. 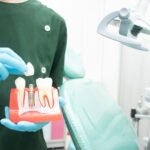 Recently, scientists discovered that the bacteria that causes gingivitis can travel from the mouth to the brain. These bacteria then release enzymes in the brain that destroy nerve cells and lead to memory loss. Eventually, this can lead patients to develop Alzheimer’s disease and other serious forms of dementia. Periodontal bacteria can even hasten the development of Alzheimer’s through the formation of amyloid-beta plaques. While the bacteria won’t directly cause Alzheimer’s, it can increase patient risk and rapidly progress once they develop it. This brain-affecting condition is one major factor in defining the importance of oral health.

Researchers also link poor oral health to a 75% increased risk of developing gastrointestinal cancers, including liver cancer. However, they don’t completely understand the biological mechanisms behind poor oral health and its connection to liver cancer. Thus, scientists are left to theorize the role of oral health on the liver and vice versa. One theory is that people with missing teeth as a result of poor oral health may alter their diet to consume softer and less nutritious food, thereby harming the liver. Another explanation includes a dysfunctional liver being responsible for the buildup of harmful bacteria in the gut. One such bacteria originates in the oral cavity. However, scientists still don’t understand its role in the liver. Obviously, these findings warrant further research.

Although scientists don’t fully understand the links between overall health and dental hygiene in many regards, it’s clear there is a strong connection between the two. Therefore, it’s best to practice good dental hygiene as a preventative measure in maintaining overall health. As more research emerges, we may discover that proper brushing and flossing may prevent other health issues and lower the risk of developing oral diseases due to underlying health problems. 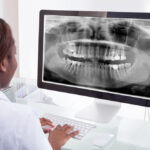 How Technology Is Changing Dentistry In Multiple Ways
Next Article 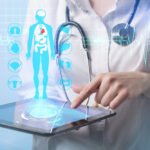 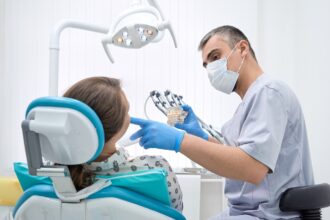