The COVID-19 pandemic continues to disrupt our normal way of life and experts suggest that things are not likely to change in the foreseeable future. At times like these, the importance of public healthcare programs such as Medicare and Medicaid is paramount. In response to the unique challenges posed by the coronavirus pandemic, the Centers for Medicare & Medicaid Services (CMS) and Congress have already bolstered the Medicaid program significantly. In this brief post, we take a look at the new law and important Medicaid facts for the benefit of millions of consumers.

The Response of the CMS:

Many experts have claimed in the past that the Department of Health and Human Services (HHS) didn?t have enough flexibility to deal with immediate threats to public health.  The HHS realized this shortcoming in the aftermath of the 9/11 attacks. The response from Congress came in the form of enactment of the Social Security Act?s section 135.  This new section empowered the HHS Secretary to waive certain provisions of the Medicaid and Medicare programs. This statute gets triggered under two circumstances. The first one is the declaration of a national emergency or disaster by the President of the United States. The second is the declaration of a public health emergency by the Secretary of HHS.

In the present context, a public health emergency was declared by the HHS Secretary Alex Azar on January 31, in response to the coronavirus outbreak. The other leg of the statute was triggered when President Trump declared a national emergency on March 13.

How Healthcare Is Changing to Combat the Next Deadly Pandemic

The most important authority provided to the HHS by section 135 is the power to waive provisions of Medicaid and Medicare with respect to seven discrete provisions of law. It allows the HHS Secretary to waive provider licensure requirements and provide a permit for providers to bill Medicaid, even if such providers are not enrolled in the Medicaid program of a particular state.  The HHS is also entitled to modify the timelines and deadlines for performing certain activities. CMS issued its first waiver on March 17, for the state of Florida. Over the last couple of months, several other states have also requested and received such a waiver.

It is important to note that § 1135 waivers are not enough to solve all the challenges faced by a state Medicaid program under the current scenario. In the near future, it is extremely likely that additional issues will be encountered by the states. Fortunately, CMS has adequate flexibility in terms of waiving several other operational requirements of the Medicaid program.

First and foremost, as per H.R. 6201, testing for COVID-19 has been included as a mandatory benefit under the Medicaid program. This means that this testing is not an optional benefit, and must be covered by all state Medicaid plans. The statute also specifies that cost-sharing or deductibles for testing for the virus can?t be imposed by the states, notwithstanding the general authority of a state Medicaid program to permit cost-sharing for certain Medicaid benefits as well as beneficiaries.

During the period of the national emergency, the statute also allows the state Medicaid programs to cover uninsured individuals for testing for COVID-19. This applies even to individuals that do not otherwise qualify for Medicaid.  Full funding for this benefit has been provided by Congress.

The new law has also increased the federal medical assistance percentage (FMAP) for each state by 6.2 percentages throughout the national emergency. However, certain conditions have been imposed on states for accessing the higher FMAP rate.

We hope the details shared in this discussion will help the readers in these tough times. Please do take good care of yourself and stay safe.

By MyBlogs
Follow:
Silvia Watson is a freelance content writer. She has written many good and informative articles on different categories. She is a featured author at various authoritative blogs in the health and fitness industry and currently associated as a blogger with  https://www.countingsheep.net/
Previous Article The Best Investments To Make In Your Health This Year
Next Article 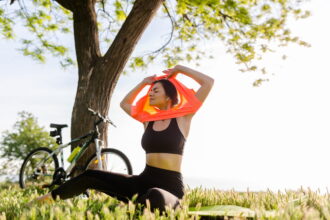 The Many Health Benefits of Being Outdoors