Various consumer whistleblower groups, including the Health Care Fraud and Abuse Control Program, are currently increasing their efforts to end fraudulent claims and unethical practices in the Hospice Care industry by for-profit businesses. Until the early 2000’s, Hospice Care services were dominated by small, local, non-profit organizations; but since then big business has begun to discover and view “end-of-life care” as a golden goose investment opportunity, and they are currently making billions of dollars.

Various consumer whistleblower groups, including the Health Care Fraud and Abuse Control Program, are currently increasing their efforts to end fraudulent claims and unethical practices in the Hospice Care industry by for-profit businesses. Until the early 2000’s, Hospice Care services were dominated by small, local, non-profit organizations; but since then big business has begun to discover and view “end-of-life care” as a golden goose investment opportunity, and they are currently making billions of dollars. This new interest has lead to a staggering increase in taxpayer-funded Medicare payments, which have risen from $5.9 Billion in 2003 to over $15.1 Billion in 2012 and big chunk of it for improper care.

Anyone who pays taxes should be aware that they are the ones footing the bill for this rapid increase in health care expenses to the tune of about 1.45% of their taxable income. Employers are required to match that percentage, bringing the total to 2.9% per employed taxpayer. Medicare, which is an integral part of our healthcare system, is funded through the Social Security Administration; an independent agency of the U.S. Government that frequently comes under fire for mismanagement of funds. They also cover roughly 84% of the cost of the U.S. Hospice Care requirements.

Growth industries are all well and good, and hospice is considered a good thing by most taxpayers. One thing they may not be aware of, however, is that since 2003, there has been an increase of 50% in the numbers of people who are outliving their hospice care expectations. The reasons for the increase have raised a lot of red flags among consumer watchdog groups who fear the system is being manipulated by the for-profit sector to maximize profitability at the expense of not only taxpaying citizens but those who are in actual need of terminal care. Some people who are actually in need of hospice are being denied simply based on industry caps, and spending regulations, not the actual state of their health.

“Hospice Care” was an idea first brought forth in its current form by physician Dame Cicely Saunders. A doctor from New York, Saunders began working directly with terminal cases in 1948. The primary purpose of developing the philosophy of Hospice Care was to provide a means of support and relief to those who are in their final phase of life. The key principle regarding the meaning of  “final phase” is what has whistleblowers in an uproar. The concern is, that the practice of “recruiting” unqualified hospice patients by For-Profit businesses is not only unethical but also flat out fraud.

One of the basic criteria for receiving Hospice Care is that the patient prognosis regarding the amount of time they have left fall approximately within a six-month time frame. One report by the Medicare Payment Advisory Committee suggests that of the $13.8 Billion paid out for Hospice Care in 2011, 59% were for those who had survived the established 6-month life expectancy period.

What It Takes to Be a Hospice Fraud Whistleblower

Other questionable, and fraudulent activities involve paying incentives to outside sales associates for patient referrals, failing to consult with physicians regarding life expectancy, and billing for higher levels of services than were ever delivered by providers, and the list goes on.

Since 2005, the number of certified Hospice Care businesses has expanded by 43%. Most of that expansion is due to the influx of big business looking to make a profit; it is no wonder that whistleblower programs such as the False Claims Act are coming into play once again to crack down on the runaway instances of fraud being committed at taxpayer expense.

The False Claims Act ensures that any private citizen with the help of hospice fraud attorney may file suit against companies on behalf of the government, and then be rewarded with up to 30% of the settlement or judgment. That has been enough of an incentive for many long-time caregivers to begin standing up to corporate employers and report numerous violations.  In some cases, whistleblowers have walked away with over a million dollars in reward money for saving the taxpayer tens of millions of dollars in lost revenue.

Hospice Care is an important segment of the overall U.S. healthcare system. It is also a system that is hotly debated and presently undergoing one of the biggest changes it has ever encountered as new legislation changes the way healthcare is provided. One thing that would go a long way in lowering the overall cost for everyone involved is for honest, diligent, and conscientious caregivers to put the breaks on illegal activities being perpetrated by unscrupulous companies willing to move their profit line at taxpayer’s expense. 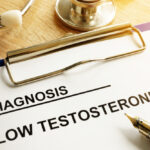 The Urgency of Dealing with Low Testosterone
Next Article