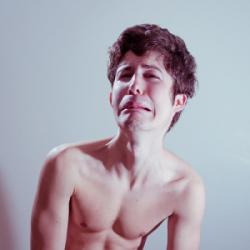 Whining About the Thousand-Dollar Pill When I saw Paying for the Thousand-Dollar Pill, an anti-Sovaldi op-ed in the Wall Street Journalby the health plans’ head lobbyist, it brought back memories from my childhood when I toured the FBI headquarters in Washington, DC.

When I saw Paying for the Thousand-Dollar Pill, an anti-Sovaldi op-ed in the Wall Street Journalby the health plans’ head lobbyist, it brought back memories from my childhood when I toured the FBI headquarters in Washington, DC. The tour guide started off by showing us a wall with pictures of the 10 most wanted fugitives in the country and asked for our help in tracking them down.

“If that’s their plan for catching these guys,” my dad whispered to me, “we’re in more trouble than I thought.”

The author, Karen Ignagni, complains that the prices charged for new drugs like Sovaldi don’t “reflect the cost of investment.” She worries that the government is giving drugs a monopoly through the patent system. And she fears that her cries for “transparency in the relationship between the price of a drug and the cost of its development” will lead to allegations of “price controls” –which the insurance industry doesn’t want. Boo hoo!

Rather than whining and complaining in the press, the insurance industry should do its job of containing costs and ensuring quality. The problem with Sovaldi, a novel drug that claims a high cure rate for Hepatitis C, is not that the per pill cost is $1000 or about $84,000 for a course of treatment. There are several drugs that cost a lot more than that and aren’t as effective against the diseases they target. The problem is that Hepatitis C is a common condition, and many, many cases that have accumulated over the years that can now be treated. That makes the total bill very high at least for the next couple years even though the total cost to the healthcare system as a whole may drop because there will be fewer transplants and fewer Hep C cases over time.

One way to deal with the problem Ignagni cites would be to move to a single payer system and global budgeting. Then the government could just dictate the price and be done with it. You don’t see the national health insurance systems in other countries quaking in their boots about Sovaldi. Instead, they’re negotiating prices and limiting the treatment to those with severe disease. Once competitors enter the market, access is likely to be expanded.

Clearly the US health insurance industry doesn’t want to put itself out of business so I don’t expect Ignagni to cheerlead for single payer. But I would expect closer scrutiny of the clinical claims being made for Sovaldi, which are not as airtight as they are typically presented. Plans could take a harder line on price negotiations, encourage some patients to wait for treatment, and more publicly critique the evidence beyond Sovaldi.

Meanwhile, I think it’s great that companies that come out with novel, useful drugs can make a ton of money.

The health insurance industry shouldn’t come crying to me or the rest of the American public if they can’t figure things out.