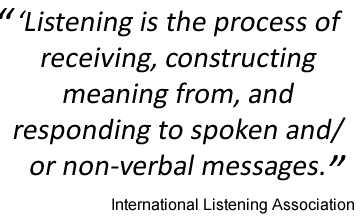 Perhaps the most fundamental principle of “patient-centered care” is for clinicians to understand the patient’s perspective regarding key aspects of a care episode.

Here’s a real life example that just happened to my wife and I that should help you understand what the patient’s perspective is…and why it matters.

Perhaps the most fundamental principle of “patient-centered care” is for clinicians to understand the patient’s perspective regarding key aspects of a care episode.

Here’s a real life example that just happened to my wife and I that should help you understand what the patient’s perspective is…and why it matters. For the past week my wife, who is being treated for severe recurrence of lung cancer, has developed fever and chills which present in the early evening.  I notified her Oncologist when the fevers first started.  Upon my wife’s suggestion (she is an RM) a urine sample was taken and evaluated.   She had a UTI and was put on antibiotics.  But the fever (and infection) continued.   Each episode begins with a fever and progresses to chills, coughing, vomiting and disorientation. The episodes last for an hour and then goes away after which my wife sleeps and is fine. That was until yesterday …

Yesterday, while in her oncologist’s office, the fever and chills set in very fast. I did what I could to keep her warm (which is impossible in any doctor’s office) and reassure the staff that this was a “syndrome” she experienced every day presumably as the result of a recent urinary tract infections. The doctor and staff would have none of my explanation …they said she need to go to the ER immediately.  I said “if I take her to the ER she will die … and that I would take her home instead and let the fever run its’ course” as it had up until then.

I tried to explain to the Oncologist that on 3 prior occasions when I took my wife to an ER (in a different town for other reasons) the ER doctors wanted to re-diagnose my wife’s cancer … or worse … diagnose her as being septic and having pneumonia (when she wasn’t and didn’t).   Turns out my wife’s symptoms and chest X-rays mimic those of sepsis and pneumonia.  I was afraid it would happen again if we did what the Oncologist said.  I asked the Oncologist to call the ER and give them a heads up concerning my wife’s condition and a working diagnosis.

He wouldn’t do it.  He wanted the ER to do a diagnostic work up of my wife.  In my mind this confirmed in my mind  that if we went to the ER it would be another nightmare.

What Am I Trying To Say

As my wife’s caregiver, I had a very definite, unmistakable reaction to the doctor’s recommendation that my wife be taken to the ER.  My reaction was based upon my prior ER experiences with my wife – bad experiences which began with a misdiagnosis in the ER, unquestioning acceptance of the diagnosis by hospitalists, followed by the incorrect treatment, intervention by specialists and extended hospital stays.

My reaction was to blow off the Oncologists advice.  He didn’t seem to hear me when I described how my wife’s fever came and went.  I just got the sense that the doctor want scared and wanted us out of his office.   The Oncologist did not want to hear about our previous ER experiences.  He just wanted me to do what I was told.  This doctor has a strong ego and is definitely physician-centered (versus patient centered).

Luckily I took my wife to the ER.  She had a BP of 60/40 and a temperature of 105O.  She was later admitted to the ICU with sepsis caused by an infection.

The point of this story is that if the Oncologist took the time to listen to “our story” concerning our previous ER experiences (our health perspective) he would have better understood why I reacted to his advice the way I did.  Had he listened to and understood our story maybe he would have called the ER doctor to give him some “back story” on my wife. But he didn’t … he wouldn’t and that cause me to distrust him and his clinical advice.

Had the Oncologist even told us that my wife had a temperature of 105O or a very low BP I would have done what he recommended. But he didn’t …and I was too stressed to ask.

I’ll bet our experience is like those of many patients and family members today.

I know I sound like a broken record but the solution is for physicians to become more patient-centered.  This means learning how to think about patients differently … and in turn how to talk with patient differently.

Specifically it means understanding where their patients (and family members) are coming from.  In my case, by understanding that we all come with “baggage” that shapes how we think and behave.  My comment to the effect that “if I take my wife to the ER she will die” should have promoted a “why do you say that?” comment from my wife’s Oncologist.   But that never happened and I am sure the doctor thinks I am a total moron.

I learned an important lesson as well.   Usually physicians do know what’s in the patient’s best interest.  I learned that sometime its’ better to compliant and alive than disagreeable and dead.

It’s just seems however that there has to be a better, win-win scenario than patients always needing to “go along to get along.”

The post Why Doctors Need To Listen To And Understand The Patient’s “Perspectives” – A True Story appeared first on Mind The Gap. 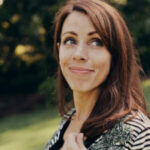