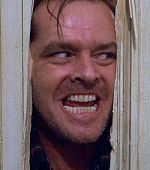 Is your Hospital Afraid of Social Media? A brief look at the figures, fears, and strategies surrounding the healthcare social phenomena

Applications may come and go, but social media is here to stay—so you better get used to it. Still don’t trust it? Well, there are plenty that do. At least that’s the consensus from a number of recent reports, including Edelman’s Trust Barometer of 2012.

A brief look at the figures, fears, and strategies surrounding the healthcare social phenomena

Applications may come and go, but social media is here to stay—so you better get used to it. Still don’t trust it? Well, there are plenty that do. At least that’s the consensus from a number of recent reports, including Edelman’s Trust Barometer of 2012.

The study, issued by the New York-based public relations firm and produced by research firm StrategyOne, gathers insight into the public’s growing relationship with social media, thanks to its 25,000 general population respondents (with an oversample of 5,600 informed publics in two age groups 25-34 and 35-64 across 25 countries).

While traditional media still tops in terms of trust, the report reflects that trust in social media (including blogs, social networking and content-sharing sites) has surged to 75 percent, suggesting its applications are far from becoming a fading fad.

Still, it’s hard to gather how those findings translate into insight for healthcare organizations; a recent report, Social Media “Likes” Healthcare, from consulting firm PwC may offer a better perspective. According to 41 percent of the 1,000 consumers it surveyed, social media tools such as Facebook, Twitter, and YouTube play a part in influencing one’s choice of hospital, medical facility, or doctor since consumers are using the social spaces as a natural habitat for health discussions.

Those findings come on the heels of last summer’s study from market research firm YouGov Healthcare, in which 57 percent of consumers said a hospital’s social media connections would strongly affect their decision to receive treatment at that facility.

The appeal is there. The audience is there. Still, the US healthcare industry lags behind in terms of social media use with hospitals showing the greatest lack of engagement, according to a recent report issued by technology consulting firm CSC entitled, Should Healthcare Organizations Use Social Media?

So what’s really holding hospitals back?

Here are three common fears that prevent hospitals from engaging in social media and some strategies to squelch them:

Ironically, what may be holding back some hospitals is the very thing it seeks to gain—trust.  With the threat of employee misuse and HIPPA violations lurking in the mist, it’s hard for some hospitals to see how they can offer consumer-desired transparency and protect patient privacy.

While that threat seems real, it may not be fair to pin the blame on social media. As many are quick to point out, HIPPA violations can happen anywhere. Therefore, problems that crop up on the internet or elsewhere may stem from a lack of policy; establishing a clear social media policy and outlining proper usage may be part of that solution.

It’s also possible that hospitals may have plenty to gain from employee-driven social media engagement. As noted in the Edelman’s executive summary of the Trust Barometer, trust in business leaders is down— way down. In fact, creditability in CEOs dropped 12 points to 38 percent: the lowest recorded in Barometer history. What’s up, however, is employee creditability.

The report states that smart businesses will empower their employees to lead the conversations with its consumers about their companies and roles they play in society. It seems social media lends itself as a convenient platform to do just that.

The technology is there, but the quandary of what to do with it has stifled many hospitals from trying anything. The possibilities seem endless and so does the potential for mistakes, but if hospitals focus on what’s working for others (beg, borrow, and steal comes to mind), they may just find a template in which to start from.

Posting employee success stories and events, creating discussions in online forums, and sharing expertise from esteemed physicians, are just some of the ways hospitals are reaching out, and picking up creditability along the way it seems. Many hospitals now seasoned in social media platforms are moving beyond marketing and now using the tools to enhance patient communication and engagement.

According to the Trust Baromoter, digital media is the most popular source of general information and news among 18-29 year olds. The message: It’s time to get creative online and with social media, or hire someone to get creative for you.

Success is measurable, social media impact is not. Not true, according to Susan Solomon, vice president of marketing and communications at St. Joseph’s Health. In her recent article, No More Excuses: Why You Must Include Social Media in Your Hospital’s Marketing Strategy, she explains that there are ways in which social media can be measured:

“Use Google Analytics tools to track referrals you’re getting from social media sites to your landing page. You can track the effectiveness of your social media program this way and, even better, if users are signing up for a service like a mammogram, you have a strong indication of your social media effort’s conversion power.”

In addition, she proposes measuring physician engagement by tracking responses to physician-focused campaigns and usage of physician-oriented applications. If Solomon makes anything clear in her article, it’s that measurable or not, social media isn’t going anywhere, so it’s time to get acquainted with it.

“Although some healthcare organizations have chosen to slowly embrace social media, claiming, ‘There is no clear way to measure its effectiveness,’ ‘It doesn’t fit our target audience’ or ‘It’s not appropriate for healthcare,’ these arguments are rapidly losing steam. Social media is as much a part of the healthcare marketer’s toolbox as traditional media. And there is little doubt it will overshadow many traditional tactics in the very near future.”