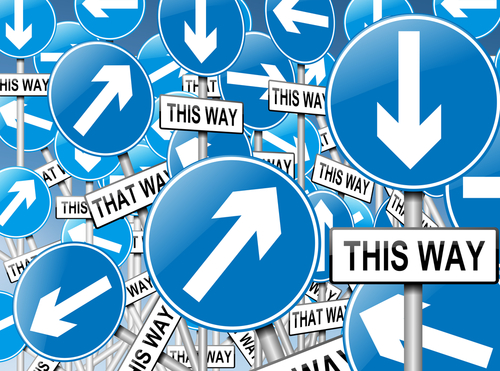 Another Surreal Moment in Modern Medicine A few months ago my office manager, Debbie, informed me that it was time for my annual “coding audit”. This is where my employer sends in a hired gun to determine if my choices of office codes for billing purposes are correctly done. Did I document enough to support a 99214? Did I code too many 99212s when my documentation should have been higher, and thus my reimbursement better? The audit is based on Medicare-guidelines, although the ten charts pulled were of patients of all ages and insurance types. Doctors generally approach these sessions with the same dread we felt getting our report cards in grade school.

The tiny blond that came in to discuss my results refused to sit down next to me. It was distracting and intimidating. Since I’m 5’10” it was also infuriating to have this schoolmarm personality towering over me while she explained why she’d flunked me. Seven out of ten charts did not pass her muster. Two of the explanations made sense – one was “overcoded” – not enough documentation to support the 99213 I’d coded and the other the opposite. Six charts were “complete physical exams” (CPE) done on healthy non-Medicare patients. Since Medicare does not pay for preventive exams why were they pulled for a Medicare audit? It got stranger. She told me that I’d flunked because there was no “chief complaint” on the physical form. What? There shouldn’t BE a chief complaint for someone who is having a physical. In fact, by definition, there shouldn’t be one because it is a preventive service. No amount of discussion would dissuade the woman that she was wrong. I didn’t have immediate access to my own specialty society’s information on the subject:

I gave up arguing, signed the form under written protest and she left.

Here is the kicker–a week ago one of the people whose chart was audited called to tell us she received all her money back on her physical! She thought it was a mistake and  was upset. She argued with Debbie and insisted that my office take back the money saying “But Dr. Nieder did all that work and spent the time with me.”

I am furious. This suggests to those six patients that I did something wrong. Ironically, this means my employer is out hundreds of dollars for work they paid me for and that should rightfully have been reimbursed. Jawdropping in it’s lunacy. Can anyone wonder why the concierge movement is such an attractive, viable alternative to this?