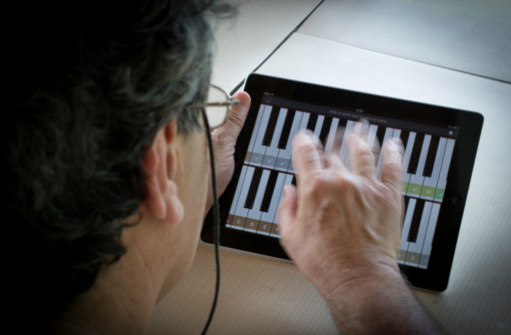 This article initially appeared on VentureVillage.

This article initially appeared on VentureVillage.

Digital natives, generation Facebook, the “net” generation – these terms are used with abandon to describe Generation Y, the age group that currently ranges from early teens to early thirties. These are the people who grew up with the internet, who could illegally download before they reached high school and who are also typically the target market for new technology and applications – perhaps because these companies themselves tend to be founded by Gen Y entrepreneurs.

But what about the rest of the population – a population that is rapidly ageing in OECD countries? By focusing on the Gen Ys, aren’t tech founders missing out on a massive market and the opportunity to really make a difference in the lives of older generations?

That’s something Stephen Johnston, the founder of global network Aging2.0, is well aware of – and something he is working on changing by bringing together innovators and startups working on solutions to improve the quality of life for over-fifties.

While the Aging2.0 team is currently focusing on building a network by hosting events, there is an accelerator programme in the works – to be launched later this year in the San Francisco Bay Area. About ten companies providing innovative services and products for over-fifties will do a six-month stint in the accelerator, with an investment arm to fund promising startups the team’s next goal.

“There wasn’t much smart thinking in these areas”

US-based Aging2.0 began life as Johnston’s personal blog. He then teamed up with cofounder Katy Fike to found the network globally. His work in mobile healthcare and launching his own innovation consulting firm Fordcastle LLC, which advises firms on innovation, healthcare and technology with a focus on the ageing population, led to a desire to make a more widespread impact.

On a more personal note, Johnston was influenced and frustrated by his experience watching a family struggling with a case of dementia. This example highlighted to him how much more technology could do to help sick and elderly people.

“I noticed there were very few products or services they were able to buy to improve the quality of life for the sufferer or the caregiver and family of the person. It was clear that in the last few decades the diagnosis and treatment of dementia hadn’t really changed much and it was clear it was a matter of medicating people until they weren’t able to think clearly,” he explained.

“There wasn’t much smart thinking on how to use tech and innovation to help in these areas. And I realised it was the same for the over-fifty population in general. So Aging2.0 was the opportunity to have a large potential social impact by introducing products that improve the quality of life for the older population as well as a big business opportunity, which I didn’t think anyone was seizing.”

“Every single day, the life expectancy of society increases by five hours”

In OECD countries, each generation is living longer than the generation before it – in the past 100 years, life expectancy has increased by 30 years, leaving much more time to fill post-retirement. “It’s no longer possible for people to retire at 65 and just be unproductive because it isn’t what they want and it’s not what our society wants. So we need to make that ‘third age’ more productive and more effective, which is a large part of what we’re trying to do.” (In other words, no more Bingo…)

While still the minority, some products are launching to help over-fifties live life to the fullest. US-based BigFont is one example – an app that increases the size of the text on mobile websites, so people don’t have to reach for their glasses when they surf the web.

Berlin-based Media Dementia is another stand-out. It provides dementia sufferers with a full-day programme, including singing, memory training and physical exercise, to make sure there are no empty hours in their day, without requiring time and cost-intensive supervision.

Having travelled the world on a mission to bring these companies together, Johnston was particularly inspired by one startup:

“My favourite is a company called Lively.  It installs a set of sensors in older peoples’ homes that provide updates to family members living in different states on what’s happening in the house – like whether the person is opening the fridge. But every couple of weeks, it also gathers pictures from the social networks of the loved ones around that person, like Twitter, Facebook and Instagram, and combines them into a little newspaper called a Livelygram for the person living alone.

“So, on the one hand you have monitoring, which is important to find out if someone is having problems, and on the other hand you have this nice social communication where the older person automatically gets an update on what’s happening. A bit of smart tech and design can help older people live at home as long as possible, it can help people remain more connected with family and loved ones and improve their quality of life.”

Mobile health services are on the rise – especially in developing countries

Mobile phones have emerged as significant, simple-to-use tools to aide ageing or ill people – particularly in developing countries, where the healthcare system is often not easily accessible or advanced.

“We’ve seen models where developing countries have leap-frogged developed countries in terms of their ability to come up with new and innovative apps and services using mobile tech,” Johnston said.

“The next wave we’ll be seeing is, because there are so few doctors and little infrastructure, people who will be adopting mobile health solutions – so  using mobiles to diagnose and treat and monitor patients. It’s amazing what you can do with simple text alerts – like “how do you feel today” or ‘have you taken your medication?

“I think a lot of the time we use tech to the maximum extent possible just because it’s there, but a lot of the time really simple things is all you need – like text – and that’s what people, especially older people, prefer working with.”

A big idea with an equally big market potential

Aging2.0′s goal is a worthy one – providing a more structured and supportive environment for entrepreneurs who are taking on the challenge of building applications, services and products for an often neglected audience. It’s no easy task, but for those who crack the market there’s the potential to do a lot of good – and there might just be a big pay-off.