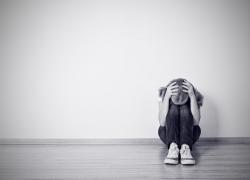 Can Diet Cause Depression?

Is the Brain Connected to the Gut?

According to a World Health Organization report, depression ranks as the number one cause of disability in America and the third highest, following heart disease and strokes, in Europe. No one knows the exact causes of depression. But recent research on diet and mood has revealed that food may be a major factor.

Is the Brain Connected to the Gut?

Scientific research demonstrates that about 95 percent of “serotonin, a chemical neurotransmitter responsible for your mood, is produced in your gastro-intestinal tract.” The gastro-intestinal tract, commonly referred to as your gut, is also responsible for about 80 percent of your body’s immunity. So it seems that a poor diet will damage the gut, resulting in reduced serotonin levels and increasing your chances of developing anxiety and depression.

Last September, ABC News reported on the connection between anxiety and the gastro-intestinal tract saying, many “are beginning to recognize the power of healthy gut bacteria. The average adult carries up to five pounds of bacteria—trillions of microbes—in their digestive tract alone.” And if there is a connection between your gut and your brain, as more and more scientists believe there is, then all that “bacteria may play a role in disorders such as anxiety, schizophrenia and autism.” Some patients have even demonstrated a link between strep bacterium and OCD.

Dr. James Greenblatt, a psychiatrist based around Boston, says that testing for chemical byproducts inside the body can reveal microbial imbalances that may be causing psychiatric conditions by building up too much dopamine in the body. Greenblatt says he doesn’t “know why this test isn’t done on every psychiatric patient” because it is a “more common scenario than we know.”

The Food behind the Issues

Some of the foods that may contribute to anxiety and depression include your typical junk foods that are processed and high in artificial ingredients, refined sugars and fats. This type of food is often comforting but delivers a swift crash after ingestion.

Excess intake of saturated fats and animal fatty acids can cause a fluid shortage in new cell membranes. This affects the brain, which is the richest source of fatty acids in the entire body. A lack of proper membrane fluid can affect moods, behavior and mental function.

Though it is viewed as a mood improver, alcohol can also contribute to depression. This is because it creates vitamin deficiencies in the body. Caffeine is a stimulant that also gives a short high and can help with energy levels. But reliance on caffeine can easily backfire to result in sleeping problems, even insomnia.

Carbohydrate rich diets are another example. Carbs can help boost serotonin levels which improves mood. Fascinatingly, many depressed people crave carbs, and this may be a physical response. However, a diet which is substantially comprised of carbohydrates can cause weight gain as a side affect. Often times, weight gain results in a negative body image which only creates a new source of depression.

Can Better Food Solve the Problem?

Of course, it is impossible to shift all the blame onto diets alone. In a chicken and egg scenario, depression often leads patients towards a poorer diet which, in turn, worsens brain chemistry. But the cycle can also begin with bad diet habits that result in poor mental function causing depression and perhaps reinforcing unhealthy eating.

But just as poor diets can be a major factor, healthy diets are being touted as an important piece of healing from depression. “Diet therapy” is a term which involves pumping the body and the brain with rich nutrients and vitamins in order to fight depression with proper diet and supplementation.

Some important dietary supplements for mental functionality include:

•Tryptophan—a natural relaxant to reduce anxiety and depression, it can increase serotonin levels.

•Vitamin C—boosts immunity and can help cleanse the liver and aid digestion.

•Magnesium—important to control the hypothalamic activity in the pituitary adrenocortical axis. This improves the stress response system and reduces anxiety.

So which types of foods should you eat and which should you avoid? One infographic by Hartmann Direct answers this question. It explains the importance of avoiding processed meat, especially with lots of salt.

Just like diet is an important aspect of general health as well as fighting depression, exercise is another factor that improves all around wellness and can be especially important in dealing with depression. Harvard Health explains that exercise may relieve depression because it “enhances the action of endorphins, chemicals that circulate throughout the body. Endorphins improve natural immunity and reduce the perception of pain. They may also serve to improve mood.” And yet “another theory is that exercise stimulates the neurotransmitter norepinephrine, which may directly improve mood.”

Exercise works by directly targeting brain chemicals to help your mood. But it also helps your total body recover by lowering blood pressure, fending off heart disease and cancer, increasing self-esteem and making your feel happy. When depressed, many people want to sleep and avoid physical activity. But exercise is needed to help the body and the brain.

Both diet and exercise can play an important role in relieving depression. Some cases may still require medication but can still be helped by general healthy habits and key foods supplements.