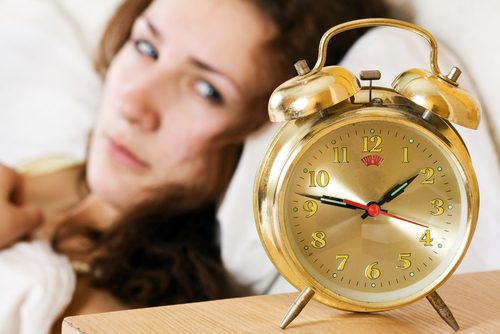 If my hypothesis (see previous post, Part 1) proves correct that fear of insomnia increases insomnia, successful treatment should involve mastery of the fear.  We know from both experience and from cognitive-behavioral theory that avoiding the source of fear makes the fear stronger rather than weaker. Conversely, facing down the fear weakens it. Why else do people bungee jump?

If my hypothesis (see previous post, Part 1) proves correct that fear of insomnia increases insomnia, successful treatment should involve mastery of the fear.  We know from both experience and from cognitive-behavioral theory that avoiding the source of fear makes the fear stronger rather than weaker. Conversely, facing down the fear weakens it. Why else do people bungee jump?

Way back in the 1950′s, Joseph Wolpe pioneered systematic desensitization as a behavioral method for phobias. The strategy involved 2 parts: 1) learning to relax through breathing and progressive relaxation and 2) facing the phobias first in imagination, then in photos, and gradually in bigger and bigger doses, in real life.  This technique works wonders for fear of dogs, spiders, bridges, heights, elevators, etc.

Might it work for insomnia, or, as I re-named it in an earlier post, fear of not sleeping?  It’s easy to see how relaxation techniques apply to insomnia because everyone with the disorder has already tried them. If they worked so well,  the sleep doctors and labs wouldn’t be the latest, greatest thing.  People can’t relax because they’re so conditioned to the misery they feel as soon as they hit the “scene of the crime”–their bed.  The sleep hygiene people have this wrong when they advise using the bed only for sleeping. The fear of not being able to sleep makes the bed a cue to anxiety rather than a cue to sleep.

That’s where exposure-response prevention comes in.  Learning to relax when exposed to anxiety over sleeplessness is the ticket. People need to be trained . Training means practice–lots of it. And just as Wolpe did by increasing the challenge, the training means starting with short, easy steps to train the mind and to avoid becoming discouraged.

Start your practice by imagining lying in your bed, relaxing through that anxiety until you feel confident. Then lie down when it isn’t bedtime and repeat the relaxation training. Next step: practice at bedtime but only for 5-10 minutes at first.  Increase the challenge until you can relax whether you sleep or not.  I recommend a coach unless you are a disciplined do-it-yourself-er.

This practice takes time and effort.  Would you rather take a sleeping pill? Ambien, the current fave? Besides the many weird side effects (“sleep” eating, driving, phoning, and on-line shopping), all the medications interfere with your ability to sleep normally, so you’re pretty stuck once you start using them regularly. I suppose occasional use for an overseas plane trip can’t hurt, unless you want your wits about you in case of emergency.  Warning: if you are habituated to Ambien, do not stop taking it in favor of the above strategy. You won’t sleep at all for days–and  this is real not imagined sleeplessness because natural sleepiness is drowned in the chemical soup.  Find a psychiatrist who is experienced in weaning people off sleep meds,  generally by substituting other less addictive drugs at first.

To increase your motivation to stay off the sauce, let’s switch to the cognitive side of cognitive-behavioral therapy.  If I ask clients with fear of not sleeping how bad that problem is for them (simple 1-10 scale, 10 being the worst), some will quickly answer: 8 or 9.  You mean, I say, it’s as bad as cancer, or losing a spouse, or getting fired? No, they agree, it’s more like a 6 or 7. Is it as bad as your adult children not speaking to you for several months or needing back surgery? No, it’s maybe a 5.

Next, we have to break down what it means not to sleep.  It’s pretty rare not to sleep at all (unless you suddenly stop taking Ambien), although I’ve had nights where it seems like that. I remind myself that if I hadn’t slept at all, I would have gotten bored lying in bed after 3-4 hours and gotten up for a chance of pace.  More likely, I slept very lightly, without the sensation of awakening when  I checked the clock.

One client told me, chuckling, that she could not longer say she hadn’t slept a wink. In the middle of the night the previous week, her son, who had lived in Europe for years, returned, let himself into her house with his key, and slept in his childhood bed, where she discovered him the following morning.

You too might be sleeping more than you think. What’s the evidence?  If you’re functioning reasonably well, you’re probably sleeping. If you tell me you haven’t slept for years, either that’s OK for your very rare constitution, or you’re sleeping more than you think. We know that people will eventually fall asleep if deprived for enough hours, and that total number of hours is not very large. My husband, who did not have insomnia, thought it a good idea to test this out when in the military. Sure enough, after 90 hours (according to his memory) of deliberate wakefulness, he fell asleep. Unfortunately, he was at the wheel of a car. Ahh! the judgement of young men.

Lot’s of people sleep in the day. In fact, the best piece of evidence that you’re not sleeping at night is falling asleep whenever you sit down.  If you can catch some winks in the day without serious consequences, so be it. You’ll sleep better at night if you don’t take long naps or sleep til noon, but if sleeping the other way around makes you less tense, have it your way. We’re working on decreasing the fear of not sleeping. Again, contrary to the sleep hygenists.

One last piece: let’s add to the 1-10 scale the worst-thing-that-can-happen question.  If you don’t sleep at all (dubious), or don’t sleep enough, what’s the worst thing than can happen?  You’ll feel tired.  Now, how bad is that, 1-10?  We know that if you have something really important to do (unless it’s driving after 90 hours of wakefulness), adrenaline will keep you alert.  So, if it’s a job interview that’s keeping you on edge, or a placement test, or meeting your future in-laws, you will likely rise to the occasion.

A great night’s sleep will provide a burst of energy and often make you feel on top of the world.  If you don’t sleep well, you’ll miss out on that.  Your thinking will be a little less sharp. You may feel irritable. You might fall asleep in movies and avoid driving long distances at night.  Anyone with a new-born can attest to this (and my 5-month-old grandson still thinks he’s a new-born). But, despite the dire warnings in the popular medical press, you can have a good long life. And unless you talk about it frequently, you’ll seem completely normal to those who know you well.

And it just might happen that acceptance of your situation leads to its salvation.  If you’re not so fearful about failure, you may find yourself falling asleep instead of tormenting yourself.  Leave the clock in the other room. You’ll sleep how much you sleep, and that should be enough, if not tonight, maybe tomorrow. 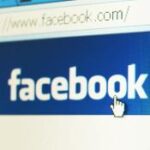 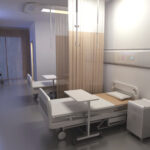