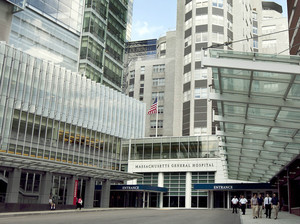 Does that sound familiar ?  It should since we had a similar program for boosting educational accomplishments.  The outcome of that program still remains very much in  question.

Portions of this report are from Kaiser Health News analysis of the records.

Does that sound familiar ?  It should since we had a similar program for boosting educational accomplishments.  The outcome of that program still remains very much in  question.

Portions of this report are from Kaiser Health News analysis of the records.

It’s no longer enough for hospitals to just send a bill to Medicare and get paid.

The nation’s biggest insurer is starting to dole out bonuses and penalties to nearly 3,000 hospitals as it ties almost $1 billion in payments to the quality of care provided to patients.

In what amounts to a nationwide competition, Medicare compared hospitals on how faithfully they followed basic standards of care and howpatients rated their experiences. Medicare disclosed on Thursday how individual hospitals will fare when the program, created by the federal health law, begins in January.

Suprisingly some of the biggest and most well known hospitals will be penalized based upon their quality of care measures. These measures range from patient surveys, the use of antibiotics prior to surgery, and hospital readmission rates. In many parts of the country, the hospitals that did the best are not the ones with the most outsize reputations, but regional and community hospitals instead. New York-Presbyterian in Manhattan and Massachusetts General Hospital in Boston, both dominant hospitals in their cities, will have their payments reduced.

Other leading names in the hospital industry, including the Cleveland Clinic and Intermountain Medical Center in Utah, will receive bonuses, although not the largest in their regions.

The danger here of course is that the prospective patient will translate economic coercion with either excellence or deficiency of quality of care. This is a cost containment carrot/stick issues.

In all, Medicare is rewarding 1,557 hospitals with more money and reducing payments to 1,427 others, according to a Kaiser Health News analysis of the records. Most hospitals are seeing far smaller changes than Treasure Valley or Auburn. For many, the bonus or penalty is little more than a rounding error on their bottom lines. And while the current bonus/penalty is small, it is scheduled to increase significantly.

It’s not clear that the new payment program will significantly improve hospitals. Some studies of similar incentive programs have found that the improvements ended up not being any better than those of hospitals that weren’t prodded financially. Nonetheless, the program is here to stay and is going to expand over the next few years, putting more money into play and adding new quality measures, including patient death rates. 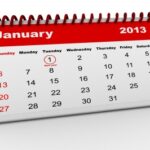 Concierge Medicine Will Get Massive Boost from Obamacare