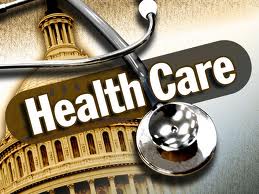 Obamacare and Murphy’s Law: Did It All Go Wrong?

Pundits began outlining the downfall of Obamacare as soon as the President was elected in 2008. Now that many programs have come to fruition, many folks who originally voiced concerns are tallying up the negative outcomes.

Three major promises that shaped early discussions around Obamacare had to do with consumer choices.

Pundits began outlining the downfall of Obamacare as soon as the President was elected in 2008. Now that many programs have come to fruition, many folks who originally voiced concerns are tallying up the negative outcomes.

Three major promises that shaped early discussions around Obamacare had to do with consumer choices. So even though the enrollment numbers look good, since these core objectives turned out to only be half-truths, many enrollees haven’t paid their first premiums. So, yes, they are enrolled, but they aren’t actually covered. Basing the success of Obamacare on enrollment numbers alone is problematic precisely for this reason. Furthermore, numbers show that despite Obama’s best efforts to engage American youth, they still account for only 25% of the coverage. This is a far lower number than Obamacare was aiming for. Healthy, young people will have lower insurance costs, meaning that just by enrolling and being covered they will offset the enormous costs brought about by aging, chronically ill enrollees. While in theory the idea seemed feasible, since many new college grads are still having a hard time finding work and many are still living with their parents, the numbers really haven’t budged from pre-Obamacare figures. The main reason; concerns about cost. With so many young people coming out of college with tens of thousands of dollars in student loan debt and merely menial job prospects, the idea of paying for anything else seems like just too much. Ironically, the penalty for remaining uninsured is actually cheaper than the plans themselves, meaning that for many students and young adults, the market that Obama was hoping to tap, would be better off financially just paying the penalty. If the Obama administration really wants to entice young people to buy health insurance, they should offer an incentive such as agreeing to pay off a certain percentage of their student loans.

Initially, Obamacare came with a mandate that said every individual needed to be insured. Just as the penalties for not enrolling were meant to roll out, the administration began to retract them. It seems it was simply too difficult a concept to mandate on a national scale. Further, the mandate for employers has been pushed out until 2015, meaning that job creation has stalled once again.

Obamacare was promised and intended to reduce individual and family premiums by at least $2500. However, the reality is that across the board, from the twenty-somethings to the middle-aged, premiums are actually rising.

A major incentive at the onset of Obamacare chirpings came as direct commentary to and about the “middle class” of America. The concern was that it was this demographic that would bear the burden of costs, as historically, the inbetweeners who have “enough” but not “a lot” are perhaps the most threatened by any major economic shift. First of all, the premium increases aren’t good for anyone, but they are particularly problematic for folks who may not have that much expendable income. With the employer mandates, a loss of job creation and overall lower pay brought about the cost to employers that are trying to be compliant will leave the average American in a lurch. Obama’s original campaign strategy was to appeal to the middle class voter with the hope that by burgeoning the middle class and sharing the wealth in both directions, rather than taking a great deal from the upper rungs and letting it trail down, would be the most stable and efficient strategy for economic recovery. But Obama is more of a figurehead for these initiatives; he’s not in the trenches. We’re reminded of this when situations arise like the major breach involving medical records and the IRS, or any other number of economic debaucheries that grace the headlines any given week. With the enrollment period for this year over, only time will tell if all that could go wrong for Obamacare has come to pass; maybe we’re headed for an upward turn in 2014.