Too much omega-6 is one food that scientists are now saying will cause increased mortality by causing inflammation throughout the body resulting in heart disease and stroke.

Too much omega-6 is one food that scientists are now saying will cause increased mortality by causing inflammation throughout the body resulting in heart disease and stroke.

Why is omega-6 a problem now?

Omega-6 was not a problem before the 1950s and is not currently an issue in many non-industrialized countries. Why? The biggest source of omega-6 today is from processed foods and meats. New manufacturing techniques for food preservation and chemically-manufactured foods such as high-fructose corn syrup were not available years ago. In the past naturally-occurring foods resulted in a mostly healthy balance of omega-6.

What are the biggest sources of omega-6?

Vegetable oils, processed foods, and unhealthy meats are the biggest sources of omega-6. Vegetable oils that have high amounts of omega-6 include sunflower oil, corn oil, soybean oil, and peanut oil. It is paradoxical that in the 1960’s, corn oil and peanut oil were recommended for replacement for lard and butter for frying foods because these contained unsaturated fats and not the unhealthy saturated fats. Yet, today these are unhealthy high omega-6 oils. Soy beans have a worse story, often thought of as a healthy alternative in the past, today processed oil from soybeans is the biggest source of omega-6 in the American diet. Processed soybean oil is everywhere. It’s in chips, pastries, snacks, ice cream, and fast food. Processed corn and soy are used for animal feed and farmed-raised fish feed resulting in high omega-6 content of these foods. Whole soy beans are loaded with omega-6.

Unhealthy meats may be common in the US. I recently drove across the country with my family from shining sea to shining sea and purple mountains. In the middle of the country, we experienced a foul-smelling stench for several miles that permeated the car causing nausea in all of us. There were hundreds and thousands of cattle squeezed tightly in pens next to each other. Were they receiving processed corn and soy feed plus steroid hormones for muscle growth? Probably. These are deplorable conditions for these animals, and the meat will have unwarranted excessive amount of omega-6 that will overwhelm the balanced omega-6/omega-3 ratio in people. The same situation may occur with pen-raised chickens and farm-raised fish, both having too much omega-6.

Why is the omega-6/omega-3 ratio so important?

Food science has led us to something new to understand. The body needs an equal balance of omega-6 and omega-3 for optimal health, but a high omega-6/omega-3 ration causes inflammation. In the past, there was a healthy balance between these two fatty acids until manufacturing processes and forced-fed animal practices have developed during the past 25 years. Now there is an overpowering imbalance from 15 to as high as 40 times more omega-6 compared to omega-3 allowing the inflammatory properties of omega-6 to damage the lining of the heart and brain arteries, and causing other inflammatory responses throughout the body. It’s important to restore the balance by decreasing omega-6 intake.

Learn as much as you can about omega-6. Read food labels, even some so-called health foods such as energy drinks and energy bars may contain large amounts of omega-6. Foods with lower omega-6 levels include organic whole fruits and vegetables as well as grass-fed meat, free-range chicken, cage-free eggs, and free-swimming ocean fish. Limit high omega-6 vegetable oils such as sunflower oil, corn oil, soybean oil, and peanut oil. Limit or eliminate processed foods, drinks, and meats. 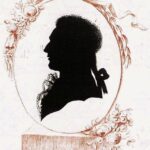 Should Physicians Profile Our Patients?
Next Article Four Life-Changing Ways To Keep Medical Costs Down