Practice Fusion’s Partnership with Merck, and Its Data Implications 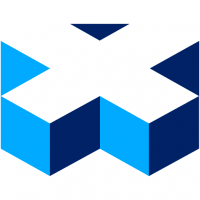 Practice Fusion recently partnered with vaccine manufacturer and drug company Merck to launch an online healthcare portal for physicians called Population Health Management. The idea is that the roughly 112,000 medical professionals who use Practice Fusion’s free EHR program will be able to compare their patient’s vaccination rates to those of neighboring practices. Besides providing comparative data that would let physicians easily see anomalies (either good or bad) among similar practices, the partnership hints at what the future of medical data, and cloud-based EHRs, could entail.

I’ve written previously about how increased data collection could yield new insights into medicine, but this is one of the first real applications of such practices. Merck obviously has a vested interest in promoting vaccinations and placing their products in front of as many doctors as possible. However, the potential public health benefits are numerous. Instead of relying on CDC reports (which can take years to compile), or independent studies (which don’t happen on consistent, regular intervals) medical practices will have an up-to-date way to compare their patient populations with other centers, either across the country or next door.

While initially the Population Health Management portal will be designed for showing vaccination rates, there’s no reason that other medical data couldn’t be distributed or visualized using the same platform. In fact, that seems to be the plan. HIT Consultant reports that the partnership is part of Practice Fusion’s “larger company mission to connect doctors, patients, and data” in order to improve healthcare. One day, physicians may be able to access real time dashboards showing the current levels of various flus, diseases, and other types of illness, across the US. It could allow for quicker identification of regional outbreaks, or detailed analysis of ongoing trends.

READ
Why You Need Insurance - And What Kinds You'll Need

While the benefits of this arrangement for Merck are obvious, such a system has serious upsides for Practice Fusion as well. Practice Fusion’s network of physicians serves, according to their estimates, roughly 81 million patients across the US. That gives them a pretty large sample size to draw on for vaccination information (and whatever data becomes available in the future). It’s also information that only Practice Fusion EHR customers can access. If your practice wants to compare vaccination rates to nearby practices in real time, you have to be using Practice Fusion. This is a potentially powerful selling point for hesitant doctors or hospitals. If enough practices join, it may even inspire a snowball effect, as others don’t want to be left out of such a platform.

If Practice Fusion can find a way to process and display more of the vast EHR data they receive from across the country, and allow physicians to compare their patient population rates for more than just vaccinations, they’ll have an incredibly powerful selling tool. Such a cloud-based portal would also go a long way towards promoting the adoption of online EHR systems, and unlocking new medical insights.