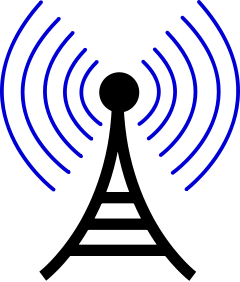 A bill picking up steam in Congress may adversely affect the use of telemedicine to prescribe prescription medications to patients.The original language was in the proposed Online Pharmacy Safety Act, but is now an amendment to a larger bill that deals with the FDA (H.R. 5651 and S. 2516).  The amendment aims to protect consumers, although some changes to the language could have adverse consequences to the practice of telemedicine.

According to Jonathan Linkous, CEO of the American Telemedicine Association, the latest version of the amendment would create a federal definition of a “valid prescription” covering all prescriptions, not just narcotics and other controlled substances.  And it would cover all pharmacies.  In part, it would require a patient to have had an “in-person medical evaluation” within the 24 months prior to receiving an online prescription.  To be “valid,” the prescription must meet a Controlled Substances Act definition requiring the patient to be at a hospital or clinic, or be issued by a newly defined “qualified offsite telehealth practitioner.”  The valid prescription must be based on an “instanteous” communication with the patient.  Jonathan suggests that those of us in the industry contact our lawmakers to register our concerns.

The bill’s sponsors are Sen. Diane Feinstein (D-CA) and Rep. Bill Cassidy (R-LA).  I think lawmakers, especially Senator Feinstein, have been looking for ways to prevent “Internet prescribing” which has proved fatal to some of its “victims.”  This occurs when physicians write prescriptions for people who merely fill out online questionnaires.  In these cases, the physicians don’t know if what the “patient” is telling them is correct.  They don’t even know if the “patient” is who he, or she, says they are.

The Journal of the American Medical Association recently published a study that violations of online professionalism are prevalent.  The study found that 63% of medical boards reported inappropriate prescribing by physicians who were either refilling prescriptions for or prescribing medications to patients they had not met.

Dr. Ryan Greysen, the leader author of the study and assistant professor of hospital medicine at UC-San Francisco, says he doesn’t believe these violations were intentional or malicious – just that doctors were misusing the Internet.  Dr. Robert Wachter, professor and chief of the Division of Hospital Medicine at UC-San Francisco, believes physicians should understand what constitutes professional behavior online.  Wachter told JAMA, “In nearly every situation, especially on the Internet, they should be wearing their doctor’s hat.”

No one doubts that using the Internet to put controlled substances and other potentially harmful drugs into the wrong hands is wrong and dangerous.  But Jonathan’s concern is that the language oversteps the problem and could likely interfere with legitimate telemedicine.  Even good meaning people sometimes don’t foresee the unintended consequences of legislation.  That’s why it’s important for us to draw their attention to potential problems before proposals become law.