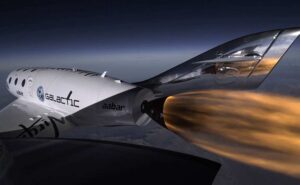 Self-pay responsibility for health care is rising and is now the third largest payer behind Medicare and Medicaid.

Self-pay responsibility for health care is rising and is now the third largest payer behind Medicare and Medicaid.

The Centers for Medicare and Medicaid Services (CMS) released 2016 premium data for the “benchmark” plans in the states using federal exchanges. The data clearly indicates that the self-pay patient’s financial responsibility is increasing.

The report showed premiums rising an average of 7.5 percent. The truth is that most people don’t shop for health insurance every year; well under half of people who bought a policy in 2014 returned to the exchange to look for a new one in 2015. If their insurance policy’s price increased more than the benchmark rate (established by CMS), then they will be paying the difference out-of-pocket.

The Bronze plan went up by more than the cost of the cheapest Silver plan with an average increase of 13 percent. In 2016, the risk adjustment programs end, which will tend to push prices up.

A recent Commonwealth Fund survey found that four in 10 working-age adults skipped some kind of care because of the cost, and other surveys have found much the same. The portion of workers with annual deductibles— what consumers must pay before insurance kicks in—rose from 55% eight years ago to 80% today, according to research by the Kaiser Family Foundation.

The moral of the story: federal insurance exchanges are much more expensive than expected and aren’t offering the value that Obamacare promised. The lion’s share of the cost sits squarely on the shoulders of the patient.

It’s not a surprise to me (or many other industry insiders) that out-of-pocket expense for the patient is increasing. Instead of seeing a reduction of charity care and self-pay due to the expansion of Medicaid and the insurance exchanges, not-for-profit providers are experiencing increased write-offs from self-pay patients, or shall we call them no-pay-patients.

Phil C. Solomon is the publisher of Revenue Cycle News, a healthcare business information blog. He serves as the Vice President of Global Services for MiraMed, a global healthcare Business Processing Outsourcing services company. Phil has 25 years of experience in healthcare as an industry thought leader, strategist, solution provider, author and featured speaker. In this blog, you will read about important industry updates, strategies for
improving financial performance, and commentary that challenges the status quo.