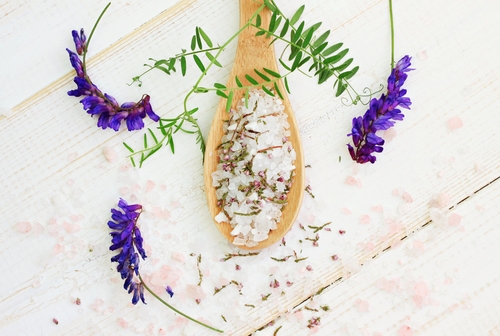 Get the lowdown on Epsom salts – the soothing alternative treatment you may have never heard of. Named after the town of Epsom, Surrey, where it was originally found, Epsom salt is widely used as a remedy for several problems. It’s generally thought to ease muscular pain and stress, and has been used to treat constipation, chronic pain, and trouble sleeping. Despite its name, Epsom salt is not, in fact, salt. It’s made of three chemicals – sulfur, oxygen, and magnesium. It was probably named ‘Epsom salt’ because of its close physical resemblance to table salt (which tastes very, very different)! If you’re looking to pick up some Epsom salts, you can buy organics online. Using Epsom Salts Epsom salt is most often used by dissolving it in bathwater, but it can also be dissolved in drinking water and drunk, applied topically to the skin, or taken orally as a supplement. We don’t recommend adding it to food. It really doesn’t taste good! When the salt dissolves in water, it releases magnesium and sulfate ions, which are then absorbed through the skin. Many people don’t have enough magnesium in their body, and Epsom salt baths are a way for them to boost their magnesium. This is useful as magnesium is a really important mineral, involved in hundreds of chemical reactions in the body. If you don’t take in enough magnesium, the body is less able to make these essential chemical reactions. Benefits of Epsom Salts Relieves Pain Epsom salts are used to treat several ailments. The most common is muscular pain, with many people who take part in sport and exercise reporting that soaking in an Epsom salt bath after a workout soothes aching muscles. Magnesium, one of the key components of Epsom salt, is an excellent exercise booster as it helps the body better handle glucose and lactic acid. Epsom salts can also improve the symptoms of chronic pain conditions such as arthritis and fibromyalgia, again because of its high magnesium content. Many people with these conditions are also magnesium-deficient. Relieves Constipation Epsom salts can also be taken orally as a treatment for constipation. Magnesium brings water into the digestive system, which can make bowel movements easier. While there are several magnesium-based products on the market as constipation treatments, Epsom salt is also approved by the FDA as a laxative and can be taken dissolved in water for this purpose. It is not recommended to be used on children, or to be very cautious and administering a smaller amount to children. Adults can take anywhere from 2-6 teaspoons (dissolved in water) at a time. The water to Epsom salt ratio should be high. At minimum, drinking 8oz of what with the Epsom salt is recommended, however, in this case, the better it’s diluted, the easier it will be to digest. The laxative effects should be felt within 30 minutes, to 6 hours after drinking the Epsom salt. It’s best used occasionally and shouldn’t be used as a regular laxative. If you have ongoing digestive issues, see your doctor. Good Sleep The magnesium in Epsom salts can also promote good sleep, as it can help the body to produce the sleep hormone melatonin. The magnesium not only promotes good sleep, but it can also help you manage your stress levels. Magnesium aids in producing neurotransmitters that will reduce your stress to keep you focused and stress less much more than you ever have been. Many people have also reported feeling much more relaxed when taking Epsom salt, however, most studies show that this is likely caused by users taking more baths than usual… aka, feeling more relaxed. Possible Side Effects Like all treatments, Epsom salts can have side effects if misused. Generally, these side effects can only occur if you’re taking the salts orally. As it will have a much stronger effects internally as it would externally. As magnesium has a laxative effect, taking too much Epsom salt can result in stomach upsets, bloating, and diarrhea. Make sure you stick to the recommended dosage and drink plenty of water. Taking too much Epsom salt can also result in headache, dizziness, and nausea. If you experience any of these side effects, consult your doctor. Conclusion Epsom salt is quite safe to use for a multitude of reasons. Whether you want to dissolve it in your bath for physical healing or drink it up for some internal bowel balance, it can be the answer to some of you prayers. Don’t forget it can also be used as an exfoliant for your skin and hair. The uses for Epsom salt can quite literally be endless, however, caution should always be taken. Too much of anything, is not always good. Consult your doctor if you have any further worries. 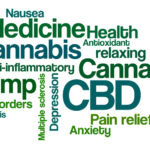 The Ideal Dosage and How to Take CBD
Next Article 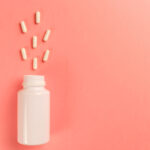 The Trends In The Pharmaceutical Industry That Matter Most