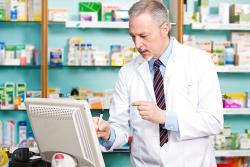 The Three Letters That Kill Social Media in Pharma An interview I did recently for an organisation conducting some research into the future of social media use by the pharmaceutical industry prompted me to remind them, and myself, that we should not talk about pharma as a single homogenous beast when it comes to such digital engagement.

An interview I did recently for an organisation conducting some research into the future of social media use by the pharmaceutical industry prompted me to remind them, and myself, that we should not talk about pharma as a single homogenous beast when it comes to such digital engagement.

The fact is that there is a vast differential across the sector in terms of how social media is being used, ranging from those organisations with no active channels to those that are using multiple platforms for active engagement with doctors, patients and everyone else with an interest in healthcare.

In the conversations I have with pharma personnel, most fall into the camp of either already using social media or wanting to use social media but not knowing where to start or how to use it effectively. But, for the most part, both groups understand the benefits of using it.

However, there is a third group who, while they may be interested in social media, misunderstand what it can deliver for the industry and other healthcare stakeholders. You can normally identify them by their use of a three-letter abbreviation that sounds the death knell for social media in pharma – ROI.

Now before you think I’m heading off to some utopian voyage of altruism, where sharing and caring pharma should be doing social media just for the benefit of mankind, it’s not the concept of pharma getting something back for what it invests in social media that I have a problem with. It absolutely should because that win-win is vital for further investment and engagement.

The problem is that when people start talking about ROI when planning social media it is normally because they are looking for a direct and immediate financial benefit – money invested into social media should equal product sales out, right?

Except that’s not that way social media works in business.

For me, in pharma as with many other business sectors, social media is a pretty poor direct sales channel. Where I think it excels (when used properly) is in three areas:

Achieving any of the above is, of course, supremely beneficial to downstream sales as you end up with an open door to your customers and products and /or services that really meet their needs.

But measuring that with short-term ‘cash in versus product sales out’ is a path fraught with danger. It has led to some pharma companies resisting entering the social media space and, worse still, others retrenching when they have already started to build a presence.

Instead, I would encourage pharma to focus more on ROO – return on objectives – with the objectives in question being, you guessed it, those outlined above.

And for anyone who is reading this shaking their head and dismissing this as ‘fluff’, let me provide a direct example from my own experience.

In growing my own media business within the pharma sector, we have gone from not existing four years ago to being connected with global thought leaders in every aspect of pharmaceuticals, working collaboratively with major industry bodies, interviewing C-level executives and working directly with big pharma companies at a global level on cross-stakeholder healthcare engagement, using both traditional and social media. All from an organisation with a single-figure headcount.

Social media channels have proved to be the most commercially beneficial engagement route for my business, because we don’t use them to sell stuff.

So if you’re sitting in an international pharma company wondering what social media could do for you, just bear this in mind. And when your boss asks you how to measure the benefit, don’t talk about ROI.