Weight is usually a huge concern in today?s society as it has become like a plague where people are too concerned with the number on a weighing scale which they believe tells a story about them being healthy or unhealthy. However, for individuals wishing to look at their health, there is a need for them to look at their weight about other metrics such as the body mass index. BMI or Body Mass Index is an estimation of one?s body fat that may be calculated using the height and weight of an individual. For individuals who are health conscious, they also need to check on their body composition, which is the proportion of one?s body fat tissue which they normally have in their bodies, relative to the lean tissue, i.e., organs and muscles.

The idea of Body Mass Index was first formulated into a concept by a Belgian Mathematician and scientist who was known as Lambert Adolphe Jacques Quetelet in the early 1800s. He was a man who was well learned as he understood different fields such as statistical theory, astronomy, and criminology. However, he was able to achieve immortality when he came up with the concept of the correlation of the human height to their weight which is known today as the Quetelet Index.

How Is BMI Calculated and Interpreted?

of BMI is not a hard task to do as one just merely needs to solve it as it is one of the most straightforward math equations very invented in the history of mathematics. The basic formula for calculating one?s BMI is weight (in ponds)/ [height (in inches)*(in inches)]*703. After getting the results, they are then compared against a certain standard table which can evaluate one?s weight as compared to their height and see if they have a healthy body mass index. The table is normally standard regarding gender aged form twenty years and above. However, individuals need to understand that this is not applicable to children and teenagers as their calculations typically are more complex about their age and sex. One needs to see the BMI Percentile Calculator for teenagers and children to see the difference. However, the standard table compiled by the World Health Organization for adults is straightforward and is explained below:

Using the table, an example is given of a lady who is 5foot 5inches tall and has a weight of 150 pounds. Using the formula to calculate one?s BMI then after the calculation one would get 24.96 as the BMI of the individual. This is at the top of the normal range which is also short of being considered as overweight.

Is BMI An Accurate Measure Of Weight And Health?

The beast thing about BMI is in its simplicity as one need not involve and complicated nor expensive equipment in order to take the measurements. The calculations are normally basic arithmetic and the standard table is also easy to acquire. This is a good screening tool that may be used to help look for any possible weight issues that may arise in adults that allows for a range for healthy weight and offers in most cases for variables and personal variance as per the nature of the body. However, that is as far as the formula goes and it is not efficient to give diagnosis by itself as an individual may be characterized as being overweight by the BMI machine, yet they may not actually be overweight in real sense. In terms of gender, women have been known to have more fat as compare to the men naturally which then results in them having a high BMI that does not necessarily mean that they have an unhealthy weight as compared to a man who has a low BMI. In addition, older individuals normally have a high BMI as compared to younger individuals, or even in comparison with their BMI during their younger years as the change does not necessarily mean that there is a problem. One needs to understand that BMI deals with weight and not the degree of fatness in an individual, and weight does not originate from fat. There are various factors to be considered such as genetics, blood pressure and degree of physical activity which may affect an individual?s BMI.

In summary, BMI is a good basic tool to use just to see if there is a need for one to keep healthy or even change their diet. One may use it just to have a general understanding of how healthy they are. Infographic published on Renewbariatrics 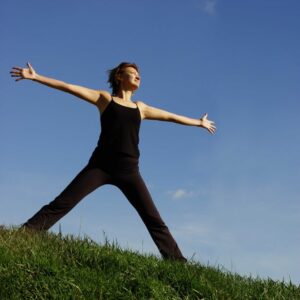 Being Both “Fat” and Fit: Information About