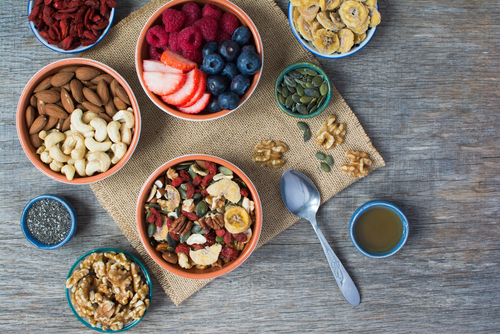 What is the Paleo Autoimmune Protocol?

The autoimmune protocol or AIP is a global method established by Dr Sarah Ballantyne, aimed at reducing the symptoms and auto-antibodies of people living with autoimmune diseases. It consists of a specific diet and lifestyle guidelines.

There are 14 most common autoimmune diseases, but there are over 80 others that also exist. They include: Hashimoto’s thyroiditis, type 1 diabetes, rheumatoid arthritis, multiple sclerosis, lupus, psoriasis, Crohn’s disease, celiac disease, vitiligo and endometriosis.

The main component of IPA is food, but other basic factors are knowing how to manage stress, exercise and good sleep. The part dedicated to nutrition is inspired by the Paleo diet, but is more restrictive.

Autoimmune diseases have different causes, but all have a common set of symptoms: intestinal permeability or dysbiosis. Micro-holes in the intestinal wall allow small proteins from undigested food to pass through the body. These particles create all sorts of irritations in the body and brain.

In autoimmune diseases, the autoimmune system is activated disproportionately, mistakenly considering some tissues or organs as foreign. In the example of Hashimoto’s thyroiditis, antithyroid autoantibodies attack and destroy the thyroid gland, which is essential for regulating metabolism.

Some proteins in the average American diet, such as gluten, are very similar in texture to those in our organs or tissues. When the immune system is altered by these foods, it becomes confused and mistakes these tissues as harmful, foreign bodies that it needs to attack. This is the phenomenon known as molecular mimicry. The immune system is activated, our metabolism is altered and autoantibodies multiply. A lot of bad symptoms appear and our health worsens. This process usually takes years before we notice symptoms and go to the doctor.

I never thought I would eat bread again, but I can?t even tell the difference with this recipe for yucca muffins. My friend Emmanuel from the Great Paleo Diet Cookbook blog shared some great tips.  I’ve never liked complicated recipes. I prefer recipes with few ingredients and recipes that are easy to make.

This muffin recipe is easy to make and it is also very versatile. The mock breads can be made with whatever stuffing comes to your imagination (or just what you have left over in the fridge). With a yucca base, the rolls have a more croquette-like texture and you can actually fry them in the fryer instead of baking if you prefer. They are also delicious without filling to serve with any main dish.

For those who are in the elimination phase of the paleo autoimmune protocol, these breads are a good way to make sure you are eating enough carbohydrates. You can also make them and store them in the freezer for 4-6 weeks and when you feel like putting them in the oven or fryer. That is all you need to do!

You will need the following ingredients:

Once you have these ingredients, you will need to follow these instructions:

Now you can either store them in the freezer or put them directly in the oven on a tray. Bake for 40 minutes at 190 degrees until golden brown. That is all you need to do!

Living paleo and following the Paleo Autoimmune Protocol doesn’t have to be complicated. It involves some habit changes, especially at the beginning, but if the paleo lifestyle is right for you, you’ll feel so much happier and healthier that the habit changes will start to feel like no big deal. You’ve got this! 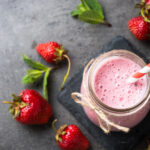 6 Shake Ingredients To Boost Your Immune System
Next Article 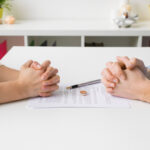 How To Protect Your Mental Health During Divorce