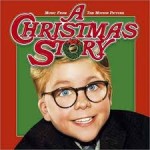 Is Your Social Media Just a Crummy Commercial? Each December brings the enjoyment of all the holiday classic movies.

Each December brings the enjoyment of all the holiday classic movies. And there’s a fun little marketing and advertising lesson in A Christmas Story, one of our seasonal favorites.

No doubt you’ve seen the quirky and endearing 1983 comedy about an Indiana schoolboy—Ralphie (Peter Billingsley)—who desperately wants a Red Ryder BB gun for Christmas. The film is celebrating its 30th anniversary this year and is probably the most popular Christmas movie since It’s a Wonderful Life (1946).

The teaching point for communications professionals is when Ralphie has, after many weeks, received his Little Orphan Annie decoder pin. In the tension-filled scene, the radio program concludes with a coded secret message. (The fate of the planet might hang in the balance.)

Ralphie feverishly works through the vital cipher, only to find it’s a sponsor message. “Be sure to drink your Ovaltine.” It’s an eye opening, and greatly disappointing, lesson about advertising.

“Ovaltine?” Ralphie is totally deflated. “A crummy commercial? Son of a b_____.”

Now fast forward from the 1940’s era of radio drama ads to the social media of this moment. The lesson: Your social media can’t be “a crummy commercial.”

Social media messages can’t be just commerce. Suspense? Perhaps. Enticing? Sure. But the fully decoded message in social media must be interesting and engaging…with a meaningful payoff that doesn’t disappoint, disillusion or alienate.

In reality, (and in defense of Ovaltine) “secret messages” of the time were often sneak preview notes about the next radio program episode…thus affording a special benefit to society members. The “crummy commercial” was a playful invention of the film script.