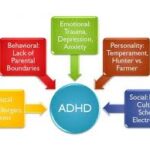 tied to obesity later in life? Do you know the symptoms,  causes, and treatments for ADHD?

tied to obesity later in life? Do you know the symptoms,  causes, and treatments for ADHD?

What exactly is ADHD?  ADHD stands for Attention-Deficit Hyperactivity Disorder. According to recent studies, 1 out of 5 children suffer from some sort of mental disease such as ADHD. That is a pretty amazing statistic – 20% of our children. To convert this figure in terms of healthcare costs, this equates to almost $250 billion. This is another shocking statistic. Mental disorders are “serious deviations from expected cognitive, social and emotional development”. In addition to having mental disorders during childhood which may continue into adulthood, these children are also more likely to be diagnosed which chronic conditions such as diabetes. So, mental health is a real issue that deserves real attention. Early detection can lead to early treatment and hopefully reduce the severity of the symptoms.

According to the Centers for Disease Control and Prevention (CDC), there are several symptoms in children which can indicate the presence of ADHD:

While the causes of ADHD are not currently known, there is evidence to support the following may be contributing causes: One of the issues with diagnosing ADHD is there isn’t a single test to diagnose. It is a multi-step process. The symptoms may be similar to those attributed to other mental illnesses such as anxiety and depression. Therefore treatment can be tricky. Diagnosis of ADHD is more of an elimination of other diseases to arrive at ADHD as the most probable. The process currently used to diagnose ADHD involves 1.  Medical exam which includes hearing and vision. 2. Checklist for rating ADHD symptoms and taking a history of the child from parents, teachers and the child.

There is no one treatment that is prescribed for each child diagnosed with ADHD. In general, treatment involves a combination of medication and behavior therapy. The key to treatment is a good follow up plan to monitor progress and make sure the treatment is working according to plan.

Some ADHD facts and theories: 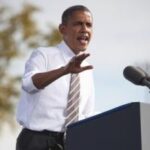