Dealing With Negative Feedback on Your Hospital Social Media

As healthcare marketers we often say vague things like “social media is a conversation” but what we really mean is, unlike traditional marketing and communication which were uni-directional, social media is a two-way discussion medium. Not only can hospitals communicate with patients but patients can also communicate with doctors and with each other! In general, this type of communication is great — patients and physicians form personal relationships and become part of a community around the hospital brand and service lines.

As healthcare marketers we often say vague things like “social media is a conversation” but what we really mean is, unlike traditional marketing and communication which were uni-directional, social media is a two-way discussion medium. Not only can hospitals communicate with patients but patients can also communicate with doctors and with each other! In general, this type of communication is great — patients and physicians form personal relationships and become part of a community around the hospital brand and service lines. However, we have to be careful because when we open the conversation to anyone, we can invite negative criticism and we need to be prepared to deal with it. Here’s a quick guide to dealing with negative feedback on your social media toolkit.

The first step in dealing with negative commentary on your social media networks is to determine what type of feedback you have received. “Negative feedback” comes in a different “flavors” and each type is dealt with in a different type of response. Determining and understanding which type of feedback you are facing is an essential step towards choosing how to mold the appropriate response.

:: Straight Out Problem :: A patient or referring physician may have a problem with your hospital or service and may have published a list of what what went wrong. This type of feedback is very negative and paints your hospital in a very poor light. On the other side, this type of feedback can be very helpful in exposing genuine problems that need to be dealt with and gotten rid of.

:: Constructive Criticism :: The best type of criticism to receive is when the feedback comes with a suggestion attached. Many patients— including the most loyal ones, will use Twitter, Facebook or your blog to suggest ways in which you can improve your facilities, service or care. While this feedback does point out flaws, it can be very helpful to receive.

:: Merited Attack :: While the negative comment itself may not be merited, the issue that initiated it has merit in this type of feedback. You, your physician or your nurse did something wrong, and someone is angry.

:: Troll :: This is an annoying type of negative feedback! The difference between trolling & a merited attack is that trolls have no legitimate reason for being angry at the hospital. This feedback is a waste of everyone’s time!

Now that you have decided the type of feedback you have received, the next step is to decide on the right type of response. The first rule in responding to criticism is to always stay positive. Avoid fueling the fire and adding more negativity to the social conversation by letting your hospital be drawn into a public brawl with a patient. This will ultimately reflect poorly on you, your service and the hospital … and it may also inflame the situation!

When dealing with a Straight Out Problem, your response is critically necessary. Whether your response is personal or a public message depends on how widespread the problem is and how many people are discussing it. But regardless, if a serious problem exists, steps should be taken to fix it and patients should be notified that those steps are being taken and they are being listened to. Note :: there will be times when such tough criticism is the result of a “perceived problem” rather than an actual problem (e.g., someone who just doesn’t like the method by which you do a certain procedure.) My advise is this type of complaint should also be given a formal response, even if only to say, “Thank you for bringing it to my attention, but here’s why we do it that way.”

Constructive Criticism may also requires a formal response. Implementing the suggestion provided will build patient loyalty and trust by responding to negative criticism with positive messaging. Dont forget to thank those patients who took the time to provide you with a suggestion.

Merited Attacks are much tougher to tackle and solve as they are more likely to involve other groups in the hospital. Try to remember that this type of criticism, as harsh as it may be to read, has a base in a realworld problem. It is best to respond quickly and with a positive vibe (example response :: thank the commenter for their feedback and assure them that steps are being taken to correct the problem or mitigate their issue). The last type of negative feedback,

Trolling, is the only category which does not require a response to rescue your hospital’s reputation. To be honest, it is almost better not to respond to Trolls! This type of commentary is not really “feedback” and is designed to bait you into an unnecessary and perhaps even reputation damaging brawl. Ignore this type of feedback and remove from your Facebook page. 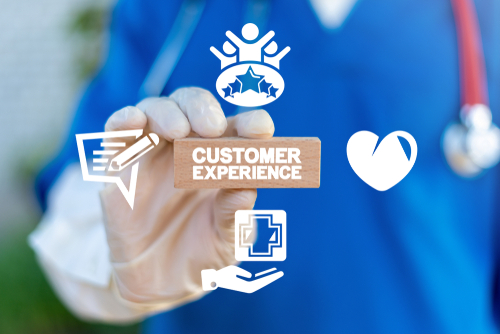 Online reputation can make or break your medical practice. If negative reviews are

10 Commandments of Online Reputation Management for

[First of an article in two parts.] Across the board, reputation is an ever-present