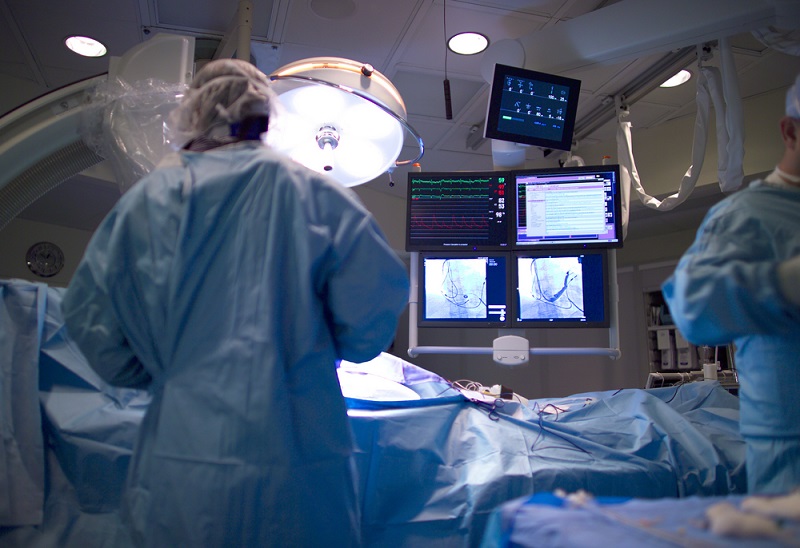 A cardiologist implants a heart defibrillator in a patient. Focus is on the fluoroscopy monitors. (14MP camera, real operation).

Man?s obsession with living forever is nothing new. Tales of Spanish conquistadors seeking the Fountain of Youth span centuries back, while religions new and old have grappled with the subject for millennia. So it should come as no surprise that not only are people still obsessed with immortality to this day, but that significant time and resources have been poured into the pursuit of eternal life. Who wouldn?t want to live forever? Sure, there are legitimate downsides if you seriously consider that possibility, but the fear of permanent death serves as a serious contender to any of those arguments. That?s why people like futurist Ray Kurzweil believe that human beings will eventually transcend natural biology with the help of technology and implants. In fact, Kurzweil believes that humans will be ?hybrids? by as early as 2030. The scary, wonderful thing is: Kurzweil?s predictions often come true. Jillian Eugenios, in an article with CNN, writes: ?Kurzweil, who is known as one the world’s leading inventors, has predicted what the future will look like before. In the ’90s, he made 147 predictions for 2009. In 2010, he reviewed his predictions, 86% of which were correct. He gave himself a ?B? grade.? Some agree with Kurzweil ? so much so that they are already augmenting their own bodies with technological devices. Medical science is on the same path, with implantables imbued with wireless technology. These are precursors to the human hybrid future, and perhaps can tell us just what that future will actually look like.

Medical implants are relatively new concepts in human history. The most simple are sub-dermal implants for slow, regulated release of chemicals or hormones, such as estrogen for birth control or even buprenorphine for addiction assistance. The more complicated ones are going to be your pacemakers and replacement hips, but these generally aren?t the types of things that we?d necessarily consider ?transhuman.? 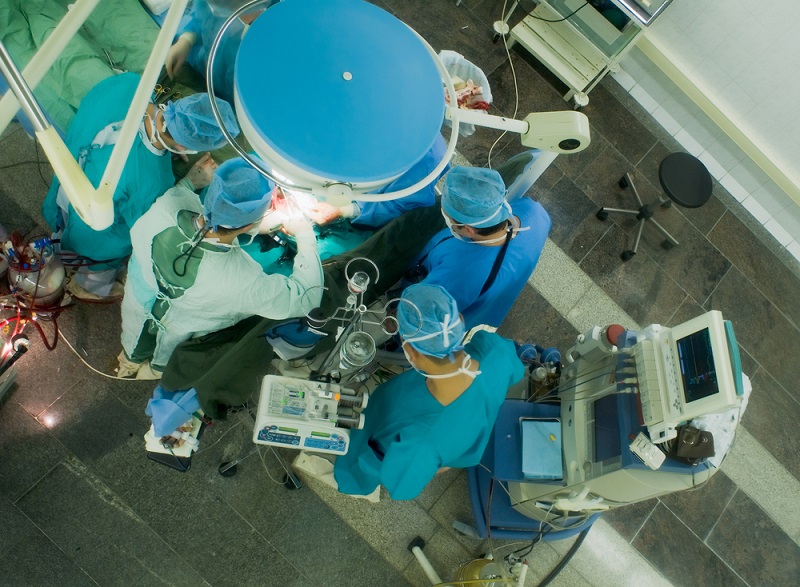 However, when you start looking at things like the world?s most advanced bionic hand, or even bionic eye implants that restore sight, it makes you realize how advanced we?ve become to solve problems of deficiency and keep ourselves alive. The field of medicine will likely continue to inform our course toward transhumanism; for example, implants that allow us to control or interact with robotics via the power of thought will likely arise from research done on brain implants that allow paralyzed people to move an exoskeleton. This is because very few people actually want to pioneer a field that involves cutting open your body and shoving things inside of it ? however, there are a few that get excited by the very prospect, and others who have woven transhumanism into their very identities.

The living cyborgs of today are technically many ? but the ones who stand out are few. Neil Harbisson, for example, was the world?s first legally recognized cyborg. Being born fully color-blind, he?s had an antenna implanted in the base of his skull that allows him to hear color. Neil is at one end of the spectrum; he?s had extreme surgery to make up for a deficiency. On the other end is what you?d call a ?biohacker? or a ?grinder? ? somebody who?s an enthusiast as opposed to making up for human deficiencies. These are the types of people who see humans as deficient already, people like Tim Cannon, who implanted a cellphone sized computer under the skin on his forearm. While these ?hobbyists? are rare, they may not be for long. It sounds odd that people might willingly mutilate themselves to place foreign devices inside of their bodies, but there?s an analogy that fits well here, from an article I penned for Millennial Magazine on the same topic: ?Imagine the incredulous looks you?d get if you were to travel back in time to the 1950s to tell the common American that by 2012, 42% of people will have injected colored ink into their dermis and that 61% of adults will have punched a hole through an extremity like an ear, a tongue, or a nipple, simply to hang jewelry there. With that in mind, cybernetics suddenly don?t seem that far-fetched…?

The Downsides of Transhumanism

Beyond public perception, there definitely are concerns tied to transhumanist ventures. Obviously, any type of medical procedure performed by somebody other than a licensed medical professional for ?recreation? opens up the patient to a plethora of issues. Bacterial infections, improper ?installation,? and even rejection from the body could all occur. Less obvious are complications and infections dealing directly with the implant and its software. Mid-2017?s WannaCry incidents alerted the world to just how dangerous and devastating ransomware can be ? locking up your files and computer functionality via encryption means that you can do nothing to get back system control, unless you pay the ransom. If these types of viruses were modified to infect pacemakers and other bionic devices, transhumans could be in real trouble. Beyond that, the problem of innovation and hardware also comes up. Are we always going to be cutting ourselves open and replacing our hardware with new models every time they come out? Probably not, which is why people like Kurzweil believe we?ll depend more on nanobots than on large pieces of physical hardware. You don?t have to believe me if you don?t want to. This all sounds extremely far-fetched and a little sci-fi. However, if you really think it?s impossible or that this future is that far away, come back to the end of 2017 to remember how a robot named Sophia was the first android to gain citizenship from a major country on Earth, the Kingdom of Saudi Arabia. Seriously ? it happened. We live in a crazy world, and it?s only going to get crazier. Here?s to hoping that we all get a little crazy with it as well.