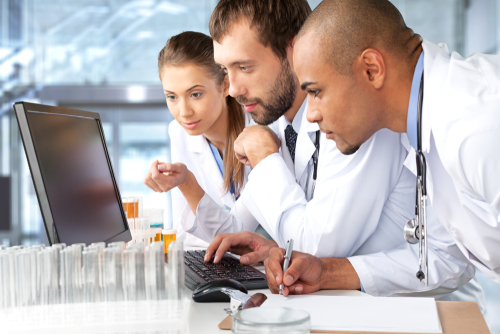 What Can Healthcare Learn From Manufacturing?

Whether you believe it or not, the healthcare industry as a whole could learn a lot from manufacturing. You see, in the manufacturing industry, organizations have voluntarily followed a management framework known as ISO 9001, which explicitly sets forth guidelines for developing quality management systems. More importantly, the ISO framework establishes internationally recognized standards so that everyone operates on an even keel.

The ISO standard has been revised multiple times over the last few decades, the latest of which is ISO 9001:2015. It’s not unlike the Baldrige Framework for Excellence, another similar yet separate internationally recognized framework. The Baldrige framework has several variants, one of which is specifically dedicated to healthcare, or the national hospital system.

If anything, this comparison highlights a similar structure between these two industries and explains why healthcare organizations might look to prominent manufacturers for inspiration and guidance. Here are some important lessons they stand to learn.

One major difference between the Baldrige and ISO frameworks is that the latter requires subsequent follow-ups. After receiving an ISO 9001 certification, organizations must be repeatedly audited and recertified after a specified period of time, usually every three years or so. This process ensures that compliance isn’t just a one-time deal but that it’s instead adopted as part of a company’s operational standard.

In healthcare, however, after the Baldrige award is given to an organization or hospital, that’s it. There are no follow-ups, future checks or additional audits. There’s no one making sure processes and organizations don’t fall by the wayside shortly after.

It should be noted that ISO standards and certification do play a role in the healthcare industry. They just don’t get the amount of attention they rightfully should.

A core tenet of ISO 9001 is to establish a system of continual improvement and consistent customer feedback that can be used to enact prominent corrective actions. The idea is not just to improve a poor or neutral experience after the fact, but instead to adopt a continual predictive and preventative process.

In manufacturing, this practice calls for systems that can help measure, review and ingest respective insights that apply to the standards in place. The result is an environment where the end user — in healthcare that would be the patient — always benefits.

The ISO standard outlines the responsibility of senior leaders and management, which must be routinely conducted to ensure the positive application of a QMS. Is it being used appropriately in a way that achieves quality objectives? Does the organization have sufficient resources? Are there any operational changes that need to be made?

What’s particularly challenging about this step is that large organizations tend to be so disparate, it can lead to fragmented management or leadership roles. Following the ISO standard ensures that everyone is using the same formats, but also that they’re chasing the same objectives — it effectively eliminates departmental silos at the upper level.

In healthcare especially, just about every facility or hospital is considered different regarding how they approach various tasks and duties. Staff from one hospital might find it difficult to do the same tasks after visiting a separate location, even within the same organization.

ISO specifically addresses this issue by calling for a more uniform system of objectives and processes. Shared operations also have the added benefit of cost savings, as facilities can borrow staff from one another with little to no training involved.

Of course, this change would also introduce a more connected, seamless information sharing process. Data collected at one facility by proprietary staff can be just as useful to professionals at a separate location. In healthcare, that’s vital to improved efficiency, as continued care and work requires a great deal of patient documentation — read health records, digital or otherwise.

Finally, we have the opportunity for an improved and more accurate risk assessment process if only due to the influx of data and knowledge being shared across an organization. Most companies already have a risk management process or system in place. ISO, however, helps introduce a stronger bond or synergy between departments and teams.

Adherence would be incredibly beneficial in healthcare, where facilities are constantly adopting new processes, technologies, and systems in order to keep up with the modern landscape. Many healthcare professionals don’t have the time or resources to roll back updates — even if they’re not working — which can lead to a serious fragmentation and disconnect with the rest of the industry. But ISO calls for better, more accurate insights and processes that offer verifiable results.

To ISO or Not to ISO…

In the end, healthcare companies and management might consider the ISO 9000 series of standards and dismiss it as being too similar to the Baldrige framework, especially if and when an organization has already achieved such esteem. In reality, these two standards are remarkably different and call for entirely separate forms of operation. ISO 9001 fosters an environment of continued improvement and synergy between departments, which is something that every healthcare facility could benefit from.