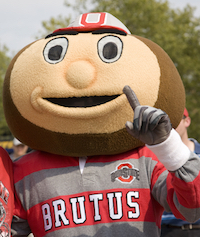 What Doctors Can Learn from Ohio State’s Championship Season As a business owner who completed his undergraduate work at OSU—the Ohio State CFP Championship win was an inspiration to me.

College football can be exciting, but Ohio State’s underdog victory over the Oregon Ducks (42-20) illustrated some important principles about success for doctors and business owners.

As a business owner who completed his undergraduate work at OSU—the Ohio State CFP Championship win was an inspiration to me.

College football can be exciting, but Ohio State’s underdog victory over the Oregon Ducks (42-20) illustrated some important principles about success for doctors and business owners.

Even if you’re a fan of Oregon, Wisconsin, Alabama or Michigan, consider how the following concepts can help get your medical practice past the competition and into the end zone.

Have a system, not just a star. Everyone wants to have what the pros call a “franchise player,” and there’s nothing wrong with that kind of strength. But Ohio State won the first-ever College Football Playoff Championship with a third-string quarterback.

For Ohio State—and for growing a business—a talented individual isn’t enough. Winning requires well-considered systems. Systems, including the right coaching, are what make a team, teamwork and victory.

This idea hit home in relation to my own business. In the past year or two, Healthcare Success has grown substantially, and we’re constantly working out the required systems and teamwork that’s needed to sustain growth and success.

It’s much the same for the business operations of a group medical practice where talented individual doctors and staff are more effective and efficient as a team. And strength and success as a business is from the collective synergy.

Be willing to adapt to change. Throughout the season, the Buckeye team emerged on top by demonstrating a willingness to adapt their game plan, frequently overcoming adversity. Nearly every medical practice can relate to that. It’s not much of a stretch to consider how the healthcare delivery system is constantly reinventing itself and competition is growing.

Individual providers and group practices that take up the challenge and adapt are the ones that move ahead. Others—those frozen in the headlights of change—are often out of the game.

Have the will to win. On game day, the Oregon Ducks were favored to win by over six points. But the Ohio State team embraced the underdog role and literally ran with it. In fact, this game was the third consecutive time this season when the Buckeyes were the underdogs. In addition to the CFP Championship, they won the Big Ten Championship and the Sugar Bowl. A take-away idea for doctors and businessmen is that attitude—a winning attitude—makes a big difference.

Beat the Competition by Recruiting Top Talent. One of head coach Urban Meyer’s greatest strengths is that he consistently recruits top talent. That strength is especially important since competition at the highest level is fierce, and his pool of available players changes substantially every year. Still, doctors also face fierce competition, and the rules of private practice medicine change every year as well (to the point that the “game” sometimes feels unwinnable).

The business of healthcare has its challenges, and it’s inspiring to take a page from a winning playbook and a championship season. Oh, and one more thing. If your college football team happens to be the Oregon Ducks (or Alabama or Michigan) we’ll forgive you if you unsubscribe.

Sleep apnea is a severe condition that you shouldn’t ignore. The most common symptoms

Using Valerian Root and Melatonin Together for

Are you suffering from insomnia? This is a disorder that affects nearly 60 million