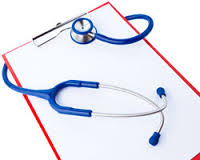 Providers / physicians that are unhappy in their employment situation are more likely to:

So what makes physicians happy? Physicians that are pleased with their employment are more likely to:

2. Encourage a young person to enter the field of medicine as a physician (70 percent vs. 19 percent)

3. Say there has been no change to the number of surgical procedures they schedule per day this year than last (69 percent vs. 45 percent)

4. Say that it is a positive trend that nurse practitioners and physician assistants are taking on more duties historically performed by physicians (68 percent vs. 40 percent)

5. Say that as the ACA rolls out, they have had no shifts in their patient panel as a result of healthcare reform (56 percent vs. 50 percent)

Of course, when it comes to data, numbers and stats are only as useful as the inferences you’re able to glean from them. What can we do as an industry to keep our physicians happy and satisfied in their career choice? According to Jackson Healthcare’s data, some of the data is a bit contradictory. The stats on the presence of more NPs and PAs in a physician’s practice, for example, appears on both lists.

One thing that’s clear, though, is that providers want to be able to spend more time with patients, for those patients to be adequately insured and preferably not work more than a “regular” eight-hour day. Are the changes on the healthcare horizon liable to support these hopes and dreams? The ACA has put provisions in place that say by 2017, value modifers will be added to every bill physicians submit to Medicare. For physicians who are still heavily reliant on traditional fee-for-service models, this change is going to be more than an annoyance: it will completely upend their understanding of how they are compensated for their work, and their ability to survive in their chosen career will become entirely dependent on their willingness to acquiesce to changes – and for older physicians (who, according to Jackson Healthcare’s stats are likely to be dissatisfied to begin with) the influx of new grads who are technically savvy and free from burnout won’t hesitate to step up and take their place.

The overarching theme seems to be – for providers anyway- either adapt or abandon ship.